NEW YORK — Opendoor — the up-and-coming property exchange platform that recently closed a $210 million funding round — wants to “join the party, not break the party up.”

NEW YORK — Opendoor — the up-and-coming property exchange platform that recently closed a $210 million funding round — wants to “join the party, not break up the party.”

The startup is seeking to partner with the real estate industry and shell out tens of millions in commission to agents this year. And it’s striving to purchase homes at market value — a goal it’s pursued so faithfully that the company has sometimes paid more than it should.

That was the message Ryan Johnson, vice president of operations at Opendoor, had to share with agents and brokers on stage at Inman Connect New York.

Opendoor makes offers on homes based largely on automated valuations and can close on a purchase in as little as three days for a service fee that averages 8 percent of a property’s value. The startup then makes light repairs and tries to resell the homes.

Not only does Opendoor pay referral fees to agents and compensation to buyer’s agents, but the startup also has partnerships in place with brokerages that “we’re looking to grow,” Johnson said.

Opendoor is currently operating in Phoenix, the Dallas-Forth Worth area and Las Vegas, and it’s looking to have set up shop in 10 markets by the end of 2017.

Markets with “medium price points” and housing inventory “we think we can accurately value” are top expansion targets, he said.

He mentioned Denver as a market that fits this bill. Opendoor job listings suggest the startup is currently setting up shop in Atlanta.

At the moment, Opendoor “transacts” $60 million worth of properties per month, according to Johnson. (Opendoor didn’t immediately respond when asked to segment that number into the value of homes it bought and value of homes it sold.) The company has paid about $10 million in compensation to buyer’s agents so far and expects to pay another $35 million this year, he said.

Opendoor sells properties through a brokerage subsidiary, but it also lists some inventory with agents at other real estate firms.

That said, Opendoor is an alternative to listing with a brokerage. And although it currently works with buyer’s agents, it’s building machinery that can encourage buyers who purchase its homes to work without agents.

Opendoor skeptics claim that the startup pays less than market value for properties.

“My understanding is that they are offering about 10 percent less than the house is worth for convenience,” said Zillow Group Executive Chairman Richard Barton, giving voice to that view in a Connect interview that preceded a panel Johnson spoke on.

But while the media might sometimes highlight the “worst examples” of some Opendoor purchases, Johnson said the company does some deals “where we lose quite a bit,” implying that the startup’s mission to offer full market value occasionally leads Opendoor to overpay for some properties.

“We invest heavily in having the most accurate way to value homes,” Johnson said. “Making that accurate offer, we make a very slim profit margin.”

A recent analysis found that Opendoor, which makes light repairs on the homes it buys, sold Phoenix homes in recent months for 5.5 percent more than it bought them for.

But why wouldn’t Opendoor try to buy at bargain prices? Isn’t that how home flippers make money?

For one, Opendoor doesn’t consider itself a home flipper. Whereas home flippers have a “profit team,” Opendoor has an “accuracy team,” Johnson said.

Second, “building trust” over time by offering sellers top dollar “pays off more than maximizing [profit] in the short term,” he contends.

Some of Johnson’s comments hinted at how Opendoor has added more of a human touch to its valuation process.

Asked on stage if he thought home valuations could be fully automated, he said, “I think that there will always be a human element because real estate is hyperlocal, and there’s always information that’s not going to be digitized.”

Today, Opendoor typically takes a few hours — but sometimes more than 24 hours — to make an offer. It no longer sends near “instant offers” to prospective homesellers.

“Real estate professionals are involved in a subset of our offers,” said Opendoor spokeswoman Heather Staples in an email — presumably by providing on-the-ground price estimates to Opendoor.

Valuing properties is both “an art and a science,” she said.

“We marry the values our in-house team of valuation experts provide – who don’t use [broker price opinions] or appraisal reports – with the value set by our algorithm to create the most accurate value for a home,” she added. “It’s that combination of technology and human input that gives us high confidence that we’re providing a fair and accurate offer to every customer. 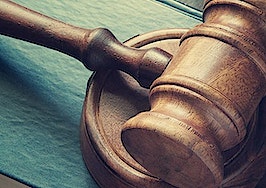 Faira charged with operating as unlicensed brokerage by regulator 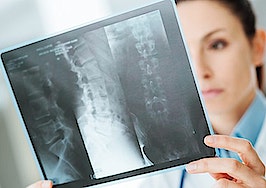 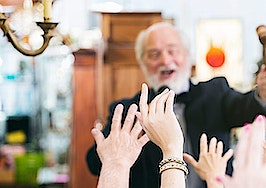 Are real estate auctions an alternative to Opendoor?