Three years after former Arkansas real estate agent Beverly Carter was murdered, her family is suing Crye-Leike Real Estate for wrongful death and negligence, alleging that the brokerage failed to provide Carter with the proper safety training that could have saved her.

The lawsuit filed on Sept. 29 by Carter’s husband and two sons accuses the firm of lacking support for Carter in the areas of background checks and preliminary meeting setups for unknown buyers, procedures such as traveling in groups when showing rural homes to potentially dangerous strangers, and encouragement to use GPS to alert authorities, among other complaints.

According to court documents, Carter’s family is seeking damages of an undisclosed sum.

“Crye-Leike and all of its employees and independent contractor agents are so very sorry for the loss suffered by the Carter family and send our most heartfelt sympathies to the family on this the 3rd anniversary of the death of Mrs. Carter,” said Crye-Leike Public Relations Director Lisa Maskey in an emailed statement.

“Shortly after this tragic event, Crye-Leike through its family and friends reached out to the family with expressions of sympathy and financial assistance in their time of need,” she added.

“It is with great regret that the family has now seen fit to file litigation against Crye-Leike. Our attorney Richard Glassman will be defending the matter vigorously and has advised us it would be improper for Crye-Leike to commit further at this time.”

In September 2014 Carter went missing after a home showing. In January 2016 Arron Lewis, who said he targeted Carter because she was alone and had money, was found guilty of her murder.

This year, Carter’s son Carl set up a not-for-profit foundation in her name — the Beverly Carter Foundation — whose mission is helping agents and brokerages with information on safety and training programs.

In an emailed statement, former President and General Counsel for eXp Realty Russ Cofano said the suit is “very complex,” and there will be a couple hurdles the Carter family will have to conquer, namely agents’ status as independent contractors and proving that Crye-Leike willfully practiced negligence.

But, there is an exception when the employer is proven to have committed an “affirmative act of negligence” that caused the injury or death. The rule may also be overturned if the contractor was injured or killed while engaged in an “extrahazardous” activity.

“Real estate is also a bit unique in that while usually an independent contractor, state law requires the agent to affiliate with a broker in order to provide brokerage services,” he added. “I would expect that to bear on this case.”

When it comes to proving Crye-Leike committed an “affirmative act of negligence,” Cofano says the Carter family’s attorneys must show the brokerage fell below the local industry standard of agent safety education, warnings and practices, and must prove that negligence directly led to Beverly Carter’s death.

Cofano says brokerages across the country don’t need to be “highly concerned” about the liability for wrongful death claims by their agents, but they should pay close attention to this case if it goes to trial.

Lastly, he notes there isn’t much brokerages can do legally (beyond background checks) to improve the safety of their agents. But they can bolster their safety protocols and education standards.

“Broad-based access to home information will likely increase these events and preventing tragedies (like the one involving Beverly Carter) should be front and center for both brokerage firms and their agents,” Cofano said.

“It’s really not a legal issue but a business practice issue where I expect we will see developments in technology to help mitigate the risk but also enable consumer-centric business practices to continue to evolve.” 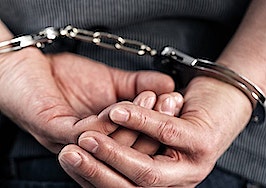 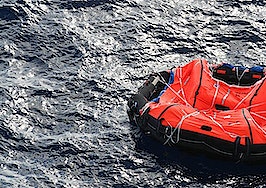 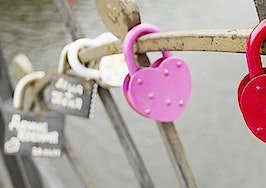