Interest rates have been trending higher since the fall of 2017 — and they are expected to continue rising — but as long as rate increases remain gradual, the U.S. housing market shouldn’t feel a negative impact.

Interest rates have been trending higher since the fall of 2017, and I fully expect they will continue in that direction — albeit relatively slowly — as we move through the balance of the year and into 2019. So what does this mean for the U.S. housing market?

It might come as a surprise to learn that I really don’t think rising interest rates will have a major impact on the housing market, as long as the increase is gradual.

As interest rates rise, I expect more buyers — specifically first-time homebuyers, who made up nearly half of new mortgages in the first quarter of this year — to get off the fence and into the market.

First-time buyers are critical to the overall health of the housing market because of the subsequent chain reaction of sales that result, so this is actually a positive outcome of rising rates.

Rising interest rates may actually push some lenders to modestly ease credit standards. I know this statement will cause some people to think that easing credit will immediately send us back to the days of sub-prime lending and housing bubbles, but I don’t see this happening.

Even a very modest easing of credit will allow for more than one million new homebuyers to qualify for a mortgage.

We stand today in a country with very low unemployment (currently 4 percent and likely to get close to 3.5 percent by year’s end). Low unemployment rates encourage employers to raise wages to keep existing talent and recruit new talent.

Wage growth can, to a degree, offset increasing interest rates because, as wages rise, buyers can afford higher mortgage payments.

There is a clear relationship between housing supply, home prices and interest rates. We’re already seeing a shift in inventory levels with more homes coming on the market, and I fully expect this trend to continue for the foreseeable future.

This increase in supply is, in part, a result of homeowners looking to cash in on their home’s appreciation before interest rates rise too far. This on its own will help ease the growth of home prices and offset rising interest rates. Seeing more new construction activity at the lower end of the market will also help.

Up until this point, I’ve looked at how rising interest rates might impact the housing market on a national level, but as we all know, real estate is local, and different markets react to shifts in different ways.

For example, rising interest rates will be felt more in expensive housing markets, such as San Francisco, New York, Los Angeles and Orange County; but I expect to see less impact in areas like Cleveland, Philadelphia, Pittsburgh and Detroit, where buyers spend a lower percentage of their income on housing.

The exception to this would be if interest rates continue to rise for a prolonged period; in that case, we might see demand start to taper off, especially in the less expensive housing markets where buyers are more price-sensitive.

For more than seven years, homebuyers and real estate professionals alike have grown very accustomed to historically low interest rates. We always knew the time would come when they would begin to rise again, but that doesn’t mean the outlook for housing is doom and gloom.

On the contrary, I believe rising interest rates will help bring us closer to a more balanced real estate landscape — something that is sorely needed in many markets across the country.

Matthew Gardner is the Chief Economist for Windermere Real Estate, the second largest regional real estate company in the nation. 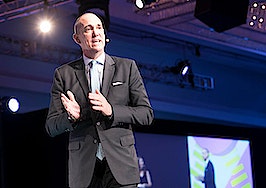 WATCH: How to explain the current market to your clients 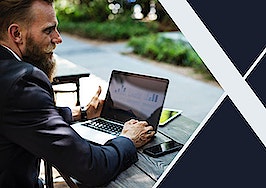 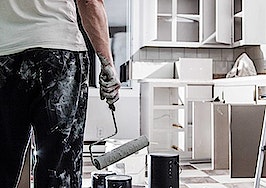 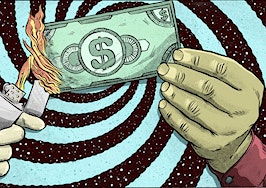 Affording a home mortgage hasn't been this difficult since 2009