Instead of succumbing to the lure of the latest shiny object, real estate agents should focus their efforts on staying in touch with their clients, leading their teams and generally building a meaningful community, said Creig Northrop, CEO and president of Northrop Realty.

Buzzy tech companies, iBuyers, and the real estate industry’s varied “disrupters” are preventing agents from keeping their eye on the ball.

Instead of succumbing to the lure of the latest shiny object, real estate agents should focus their efforts on staying in touch with their clients, leading their teams, and generally building a meaningful community, according to Creig Northrop, CEO and president of Northrop Realty.

For example, he said that his “best” deal involved the sale of a property his wife owned years ago. During the process, he distributed flyers in the neighborhood and ended up getting eight more listings from those flyers.

Later, when Northrop ran his first TV commercial, he decided to talk about his college on air. It was an effort to appeal to something that mattered to both himself and the surrounding community, and it worked.

“It was really just a basic commercial,” he explained. “It was nothing more than that and that started it.”

Northrop said he now gets around 2,000 calls a year from potential clients. It’s a massive volume, but Northrop said he still takes the calls himself, despite leading a brokerage and the nation’s no. 1 team by sales volume.

The thread running through all of these anecdotes is Northrop’s emphasis on making a personal connection with the people he might end up serving. It’s a key part of his business and helps build up a sense of community that delivers results again and again.

“For me, every client is a client for life. I want to sell them five houses, not one. Build your own community in your business,” Northrop said.

This approach has apparently paid off for Northrop, who founded his company in 2000. By 2017, the company’s 100 agents booked $800 million in sales volume via 1,772 transactions. Last year, the company became a full-fledged brokerage.

As the real estate industry changes, Northrop believes his community-based approach will only become more important. Asked Wednesday how he has dealt with the rise of iBuyers, he called the disruptive sector — and tech disrupters generally — “a distraction.”

The problem is that those kinds of companies aren’t focused on the people involved in real estate transactions, Northrup said. Instead, for disrupters it’s “all about them,” he said.

He believes his approach is better.

“If you can lead by example and love what you do, you’re going to succeed,” he said. 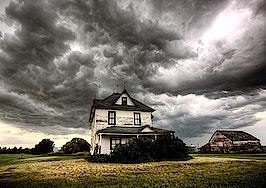 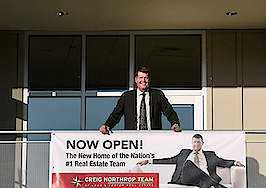 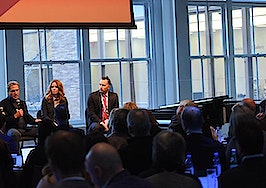 Knock CEO: Half of all home sales will go to iBuyers in 10 years 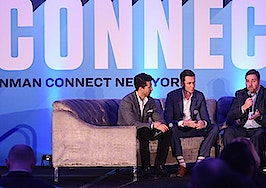