Opendoor
by Emma Hinchliffe
Share this article
You successfully shared the article.
Close

Bloomberg today reported that Lennar was part of a group “furnishing Opendoor with $135 million in funding” alongside venture capital firm Fifth Wall Ventures, and that Opendoor had plans to expand from its current six markets to “more than a dozen” in 2018.

Opendoor later confirmed to Inman that Lennar has provided $100 million in debt financing to Opendoor in a “late 2017” funding round announced for the first time today. Fifth Wall Ventures, which is funded in part by Lennar, played matchmaker between Lennar and Opendoor. Fifth Wall itself was part of Opendoor’s Series D funding round in 2016, in which it contributed $35 million in equity financing.

Opendoor launched a home “trade-up” pilot with Lennar Las Vegas in January 2017 that, over a year’s time, has proven successful and will be launched into a full-fledged partnership in 2018, Opendoor told Inman.

Speaking to the partnership’s success, Lennar Chief Operating Officer Jon Jaffe told Bloomberg: “Trading in a car is second nature to Americans, but no one thinks about that relative to a home. What we’ve found is that the customers love it. It’s something that they didn’t think about as a possibility because it didn’t exist before.”

Opendoor has fallen short of its aggressive expansion goals, as described to Forbes in 2016, to expand to 10 cities in 2017 and go national in 2018. In a recent live interview broadcast in partnership with Inman, Opendoor CEO Eric Wu told RealScout CEO Andrew Flachner the reasoning for this slowed growth.

“Scale matters a lot in our business and growth matters a lot in our business, but we want to do it thoughtfully,” Wu told Flachner. “We’re not going to launch cities until we believe we can deliver a world-class experience, which includes getting the pricing model correct. So getting a city live is not just turning it on on the website, it’s building all the fundamental blocks behind the scenes.”

Opendoor’s business model and war chest — which to date includes $320 million in funding and $700 million in debt — has shaken up the industry, representing a high-tech alternative to traditional listing brokerage that has quickly gained traction. It played a role in inspiring the launch of Zillow Instant Offers, which allows homeowners to get bids from multiple investors, including Opendoor competitor OfferPad.

In other news on the iBuyer front, Atlanta-based Opendoor competitor Knock this week announced a new home trade-in model that claims to provide more certainty to those looking to change homes — offering to buy you a new home all-cash and resell it to you, and then list your old home. 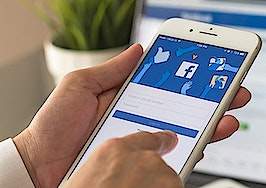 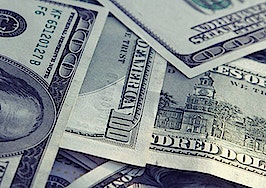 Why you should be charging more commission 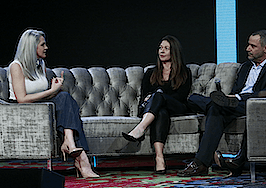