Knock wants to do more than guarantee market price when it sells your home. The Atlanta-based iBuyer startup today announced a new home trade-in model that claims to provide more certainty to those looking to change homes — offering to buy you a new home all-cash and resell it to you, and then list your old home.

“It’s a completely different way to buy and sell that helps the customer avoid uncertainty and the inconvenience of the traditional home sale without having to give up any additional equity,” Knock CEO Sean Black said in a phone call with Inman.

Knock has actually been testing this model since the middle of last year in its home market, Atlanta, Georgia, but just decided to go public with it today, as well as with a massive expansion plan: Knock says that by the end of 2019, it will launch in the following 10 cities — Charlotte, Raleigh, Los Angeles, San Diego, Phoenix, Chicago, Miami, Orlando, Tampa and Denver.

The startup today announced that it hired Allan Ziegler — who formerly worked in various roles at Groupon, Square, and most recently Auto1 — to be its “head of new markets,” overseeing the expansion. That $32.5 million Knock raised in private equity this time last year will sure come in handy.

Here’s how Knock’s home trade-in model works: You find the home you want to buy, then Knock buys it first, all-cash. It then makes repairs or improvements (the cost of which Knock says will be rolled into your mortgage). Knock also says it will get you a guaranteed pre-approval to qualify for a mortgage on your new home. Then, Knock gets your old house ready to sell — including handling all repair work and associated costs — and puts it on the market.

Even before Knock lists your old home, it says you can move into your new one. Once your old home sells, Knock charges you a 3 percent commission.

Knock is a kind of brokerage and a house flipper, but its new trade-in model attempts to offer convenience, simplicity and reassurance to those looking to move.

Customers don’t have to worry about whether the timing between their closings will work out, how to get equity out of their home to buy a new one, whether they’ll have to move into a new home before repairs are done, or whether they’ll be able to move in with enough time before their kids have to start in a new school district.

Knock, which launched in summer 2016, previously offered a model that assisted customers with the homeselling process. The startup would list your home for you as a brokerage, but if it didn’t find a buyer within six weeks, it bought the property at a guaranteed price (as a licensed brokerage, the startup has its own agents who are salaried employees).

Knock says it has “helped over 2,000 consumers,” in the Atlanta area so far, and will continue to offer its home-listing model as an option as well.

Knock’s fellow iBuyer competitors, Opendoor and OfferPad, haven’t tried to move in on the buying process in the same way. Now Knock is betting the certainty and consistency it can offer as both a buyer and listing brokerage will be enough to get buyers and sellers onboard. Or as Black told Inman: “Americans love chains. They know from one store to another what they’re going to get.” 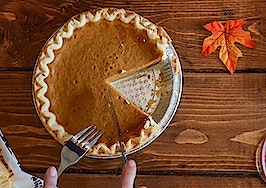 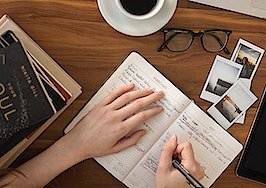 How to sell more real estate with great listing descriptions 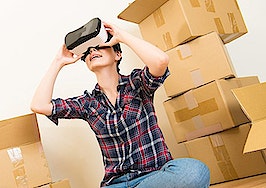 Matterport now captures 3-D tours in half the time