“The wonderful thing about real estate tech, and real estate in general, it’s a massive white space,” Berman told Inman in a phone conversation last week. “It’s the largest asset class on the planet. Everything, every component to the business can be digitized.”

Real estate for a long time, especially the way transactions were done, has been all analog and very old fashioned, Berman said. That was true of the multi-generational real estate company investment and holding company Berman Enterprises, where he previously served as vice president.

“We started looking at tech and the thought was, if we are going to deploy this technology, why don’t we look at also investing into it,” said Berman. “We could ride the growth of the company and make money as the companies are growing throughout our portfolio.”

In its portfolio now, investors in Camber Creek own more than 2,000 properties across the country. It’s early-stage invested in Latch, Bowery, Nestio and around a dozen or so other digital solutions to tasks like property tax appeal, lawn care, data entry and property management.

“At some point in the future, you’re no longer going to have that analog process to execute a real estate transaction,” said Berman. “And that’s just one piece of it. Really any component of the real estate industry can be digitized — and it is.”

Camber Creek clearly isn’t alone, with major investors like SoftBank throwing record-breaking money into the real estate technology space. In 2010, right before Camber Creek entered the space, the total investment in real estate technology was estimated to be $33 million, according to the company. In 2017, over $5 billion was raised, a spokesperson for the company said.

As technology becomes more important – and Berman believes soon it will be a must-have to keep up in the space, instead of a “nice to have” – the industry will start to see more generalist investment firms enter the space. But is the real estate industry ready to welcome it with open arms?

“It is an industry that has traditionally been reticent to change,” Berman said. “That being said, I think we are starting to see the industry players and stakeholders starting to wake up that they can create and drive efficiencies with technology.”

One of the biggest trends Berman is seeing in the industry is the sub-utilization of underused space – like co-working and co-living companies and even beyond that.

“Think about a restaurant – there are a lot of restaurants that are open for only five to six hours of the day and yet they’re rented 24 hours a day, 7 days a week,” said Berman. “Wouldn’t it be wonderful if the owner of the restaurant could rent some of that time and recoup some of their losses.”

A trend the company hasn’t been so bullish about yet is the increasing use of blockchain. Right now, Camber Creek has no investments in blockchain companies but that could change someday.

“We haven’t really seen the true promise of blockchain applied to the real estate industry,” said Berman. “I think there are a lot of people focused on it and trying to make that happen. We’re in the early days. We do not have an investment in the blockchain space but we are definitely watching it.”

In the near term, Berman believes the industry is going to see a lot of consolidation. Major companies like Keller Williams and RE/MAX are making a lot of acquisitions – including SmarterAgent and booj, respectively – to become a piece or component of a larger company’s technology portfolio.

“There are a lot of companies that are getting funded that may not necessarily on their own merits become venture scale as far as returns, but they’ll be a piece or a component of a bigger system that could be acquired by a [Keller Williams or RE/MAX],” said Berman. 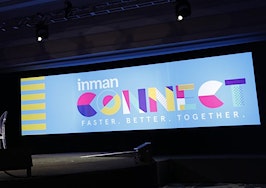 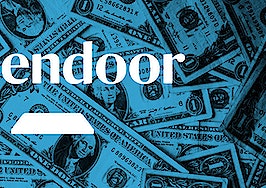 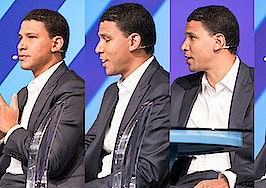 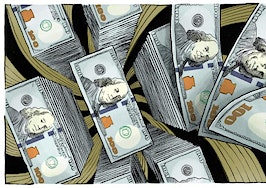 Why SoftBank is betting big on Opendoor, Compass and real estate tech