The partnership comes amid what Airbnb says is a rise in “heritage travel,” or trips people take to connect with their ancestors’ homelands.

Imagine taking an at-home DNA test. You send in a swab of saliva, get the results back, and find out your ancestors came from some far-flung land. Then what?

Airbnb, at least, hopes the answer is that you then want to travel to that foreign country. And thanks to a new partnership, it’s trying to make those ancestry-oriented trips easier and more common.

The partnership, announced Tuesday, pairs the home-sharing startup with 23andMe, a company that provides home-based DNA testing. Now 23andMe users will be able to “click through to their ancestral populations and find Airbnb Homes and Experiences in their native countries,” according to a statement on the partnership. 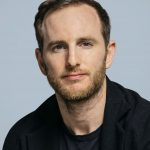 “For example, if a 23andMe customer has Southern Italian ancestry, they might be able to find a trullo in Puglia as a home base to explore their heritage,” the statement adds. “Or someone with Mexican roots could find an experience in Mexico City to learn ancient techniques of natural dye as part of their heritage vacation.”

On Airbnb’s site, users also will now find “dedicated pages that correspond with 23andMe’s genetic populations,” according to the statement.

Airbnb co-founder and chief product officer Joe Gebbia added that his company is “proud to team up with 23and Me.”

“At Airbnb, we believe that authentic travel experiences help you connect with local cultures and create a sense of belonging anywhere in the world — and what better way to do that than traveling to your roots,” Gebbia said in the statement.

The partnership comes amid the growth of what Airbnb calls “heritage travel,” or in other words trips people take in order to connect with their ancestors’ homelands. Last month, for example, Airbnb conducted a survey of 8,000 people and found that more than half of Americans have traveled to at least one country where their ancestors lived. At-home DNA tests are apparently making these kinds of trips more popular.

“Since 2014, the number of travelers using Airbnb for tracing their roots increased by 500 percent, and 78 percent of these trips are taken in pairs or solo, suggesting that these are introspective journeys or an important moment to share with a significant other,” Airbnb said in its statement.

However, home DNA testing has in the past been subject to criticism, and its convergence with the travel industry is unlikely to stem concerns. Last month, for example, 23andMe rival Ancestry.com faced significant backlash for an ad that critics said whitewashed slavery. The backlash ultimately prompted Ancestry.com to pull the ad.

Though that incident didn’t involve either Airbnb or 23andMe, it did illustrate the complicated politics companies have to negotiate when their products involve race, history and geography.

A number of critics have also questioned the accuracy of home DNA tests, often after receiving conflicting results from different companies. And because the tests rely on comparisons to other people’s DNA, some observers have expressed concerns that they can be skewed by the various companies’ customer bases — giving Americans with, say, European heritage an accuracy advantage.

For its part, Airbnb specifically has been linked to rising housing costs and frequently faces pushback from locals concerned about issues such as gentrification. Meanwhile, 23andMe has in the past faced sanctions from the Food and Drug Administration.

None of these issues have tanked either company, and indeed both remain quite popular. Airbnb is even expected to go public later this year. But the space Airbnb and 23andMe are carving out together at the very least touches on a number of sensitive points and may be potentially fraught.

Airbnb did not immediately respond to Inman’s request for comment Tuesday.

For now, however, the companies are forging ahead and clearly believe that travel prompted by genetic testing has growing appeal.

“Whether it’s a class in your neighborhood, or a trip to a distant country where your ancestors called home, connecting with your roots can be an eye-opening, enriching experience, and with the help of Airbnb and 23andMe, you can now plan a trip as unique as your DNA,” Airbnb added in its statement. 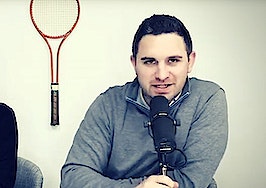 The Real Word: The Airbnb hack you should know about 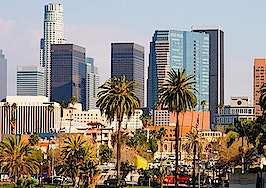 Los Angeles is cracking down on Airbnb 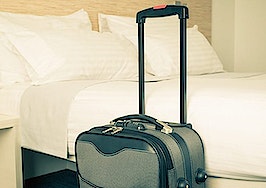 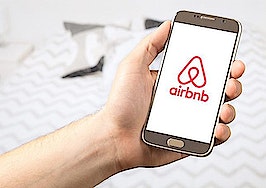 Airbnb cannibalizes budget hotels but amps up demand for rooms