WASHINGTON — The board of directors for the National Association of Realtors (NAR) today approved up to $12 million in funding over the next three years for a joint project between NAR subsidiary Realtors Property Resource and broker-backed initiative Upstream.

The two entities will create and implement a data entry and collection platform that will function as a middleman between real estate firms and the recipients of their data, including multiple listing services (MLSs) and vendors.

The platform will leverage another RPR project in the works that is exploring delivering back-end database services for small- to medium-size MLSs.

Funding for the joint project will come from NAR’s operating reserves. Dues through 2016 will continue to be $120 per member for the national association.

After the nearly 850-member NAR board approved the funding at NAR’s midyear conference today, NAR President Chris Polychron referenced a famous 1993 speech, “Lions Over the Hill,” by past NAR President Bill Chee in which he warned that tech companies — the “lions” — were willing to provide consumers with what Realtors would not.

The speech helped pave the way for the eventual creation of realtor.com.

“What we did today, I think, will help us with all the lions that may be coming in the future. Thank you for your confidence in the leadership team,” Polychron said.

RPR provides a comprehensive parcel-based database of 166 million properties and data tools to all of the nation’s 1 million Realtors free of charge. But its business model originally assumed that the venture would become self-sustaining by 2012 by selling analytics products such as property valuations to lenders and government agencies.

In the five years since its launch, RPR has struggled to make money, which NAR CEO Dale Stinton today partially attributed to the market’s decline, but that struggle also had to do with gaps in coverage due to lack of cooperation with the venture by some MLSs. The inability to generate revenue was “disappointing” and “embarrassing” and forced NAR to cut 38 staff positions and freeze salaries for two years, Stinton said.

RPR had generated a total of $586,270 in revenue from analytics as of December 2013. This year’s Finance Committee report omitted how much analytics revenue RPR took in in 2014.

Now RPR may have come up with a new way to raise revenue. Today’s funding motion passed with little discussion among the board members, contrary to what had been anticipated by many attendees. One director asked what the cost for Upstream would be. RPR CEO Dale Ross said a fee of around $2 per listing was currently being considered.

Before the vote, Polychron took pains to explain why the board of directors only heard about a potential partnership with Upstream starting Wednesday evening of this week.

He said Ross had met with Ron Peltier, chairman and CEO of HomesServices of America — an Upstream backer —  about two months ago, and Peltier invited RPR to make a presentation under non-disclosure agreements. RPR submitted a proposal to Upstream about two weeks ago and met with Upstream on Tuesday. They signed a letter of intent on Wednesday.

“They agreed to choose NAR RPR to be not their vendor, but their partner. I’m sorry I couldn’t tell you sooner. I mean that,” Polychron said.

Ross added that Upstream had been two weeks away from signing a contract with another vendor.

“Unfortunately with technology, it doesn’t wait for us. Technology moves very, very quickly,” he said.

Real estate consultants Bob Bemis, Rob Hahn, and Marilyn Wilson have all written extensively about the project in the past month or so, emphasizing its potential to spur innovation.

Because the AMP database would be based on the latest data standards, it would be able to connect to any standards-based “front end” chosen by brokers. Front ends are the agent-facing part of the MLS, where agents enter and edit their listings and perform comparative market analyses and other functions.

Currently, MLS front-ends and back-ends are combined and handled by one vendor. This move could encourage vendors to develop a variety of “front ends of choice.”

Large MLSs would be unlikely to need AMP, but it would benefit small and midsized MLSs, according to Ross. MLSs with fewer than 10,000 members represent 567,679 Realtors, he said — more than half.

That appeal to smaller MLSs prompted some worry among MLS executives at the conference. A common complaint among brokers is that they have to join too many MLSs, each with with their own rules and fees. AMP could discourage MLS consolidation, said Art Carter, CEO of California Regional MLS at an MLS executives session on Wednesday.

CRMLS, the nation’s largest MLS, recently launched a marketing campaign for its data-sharing initiative and is on a mission to build a statewide MLS. It is also looking to offer its own “front end of choice” in its coverage area soon.

“The brokerage community is looking for simplification. RPR could help with that, but I see problems long term, especially if they’re successful,” Carter said.

The average monthly wholesale cost per member for each MLS in the U.S. is currently $9 with an average retail (subscription) cost of $39 per month for members. With AMP, that $9 would go down to somewhere between $3 and $5 per member per MLS, Ross said — closer to what larger MLSs pay now. MLSs would continue to charge their own subscription fees.

With Upstream, because RPR will be a partner, broker participants will have to be Realtors, Ross said. But with AMP, RPR would essentially be a work-for-hire vendor and therefore whether or not a subscriber is a Realtor would depend on MLS rules, he said.

Rules, regulations, governance, compliance and standards would all be left up to individual MLSs, he said, though rules would be implemented by AMP in the back-end.

Some MLS leaders expressed a lack of trust in NAR when it comes to tech endeavors.

“Is this too big a project for NAR to handle successfully?” wondered Robert Getto, board director for the Northern Nevada Regional MLS.

Chris Carrillo, CEO of Wisconsin-based Metro MLS, said he thought AMP was “mission creep” from a company that didn’t succeed in its profitability goals.

That wasn’t necessarily a bad thing, he said, but it “begs the question of what’s next.”

Here’s one thing that’s not next, according to Ross: RPR is not building a national MLS. In fact, the company has signed data licensing agreements with 634 MLSs and all of them include non-compete clauses, he said.

He did not mention that RPR agreements with MLSs last for one year.

After the board vote, Danny Frank, one of the NAR directors, said he had considered bringing up the idea of bifurcating AMP and the Upstream partnership into separate proposals during the meeting.

There were too many unknowns about AMP, he said, pointing out that NAR leaders had not even divulged the names of the 12 MLSs that came to them.

In response to a request from Inman, Jeff Young, RPR’s senior vice president of operations and industry relations, said, “The MLSs currently partnered with RPR have executed a non-disclosure agreement and their names have only been communicated to RPR and NAR leadership. Both SIRMLS in Illinois and the San Francisco Association of Realtors executed a limited amendment to the NDA, which allows them to comment publicly about the project.”

One main concern was that AMP would eventually be sold, like realtor.com was, Frank said.

“I would hope that they would learn from past mistakes,” he said.

But ultimately he decided there was no support for separating the two projects among board members outside his caucus. He didn’t bring up any objections during discussion.

“It’s going to be a watershed moment,” Frank said of today’s vote.

Editor’s note: This story has been updated. Updates include a comment from RPR’s Jeff Young about MLSs partnering with RPR. 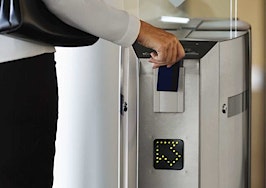 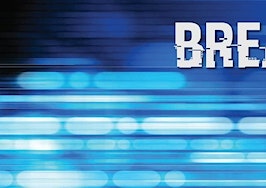 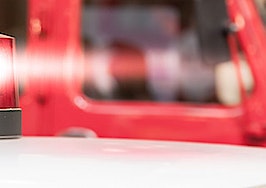