Imagine you represented a buyer in the purchase of a home from a startup — and that startup later came back to you and encouraged you to refund your commission because of a promise it made to your client. In Phoenix, the very thought of this upset some local agents.

Imagine you represented a buyer in the purchase of a home from a startup — and that startup later encouraged you to refund your commission because of a promise it made to your client.

In Phoenix, the very thought of this upset some local real estate agents.

Their criticism has prompted high-tech home flipper Opendoor to make adjustments to its home “money-back guarantee,” though the move won’t be enough to silence all of the startup’s critics.

Opendoor announced in June that it would buy back any home it sells to a buyer if the buyer requests a refund within 30 days of having purchased the property.

But the buy-back price wouldn’t cover both the commission Opendoor paid to a buyer’s agent and the transaction costs.

That meant buyers who elected for Opendoor’s money-back guarantee would receive a refund that was a number of percentage points lower than what they bought it for.

The rub for agents: Opendoor said it would encourage the buyer’s agent to hand back her commission to the buyer in the event of a refund, or to represent the buyer for free in another transaction.

In a blog post, Opendoor co-founder J.D. Ross announced a reversal of the policy and said the company would eat the commission cost itself.

There are no cases of agents who were actually asked for refunds, but the mere existence of the policy was enough to raise the hackles of some local agents, who voiced their concerns in social media groups and directly to Opendoor.

Sellers who accept the offers can schedule transactions to close in as little as three days after an inspection. The startup fixes up its acquisitions and then sells them using technology including “24/7 open houses” and an online platform for buyers.

The business model has shown signs of success. Opendoor has more than 400 listings across Phoenix and Dallas Fort-Worth and is buying homes in Las Vegas. But it’s also come under fire from some agents, who say the firm has a tendency to significantly alter its offers after they’ve been accepted, among other criticisms.

In his blog post, Ross emphasized that Opendoor is willing to change course based on feedback from agents, buyers and sellers, and he cast its service as generally more affordable than some agents claim. 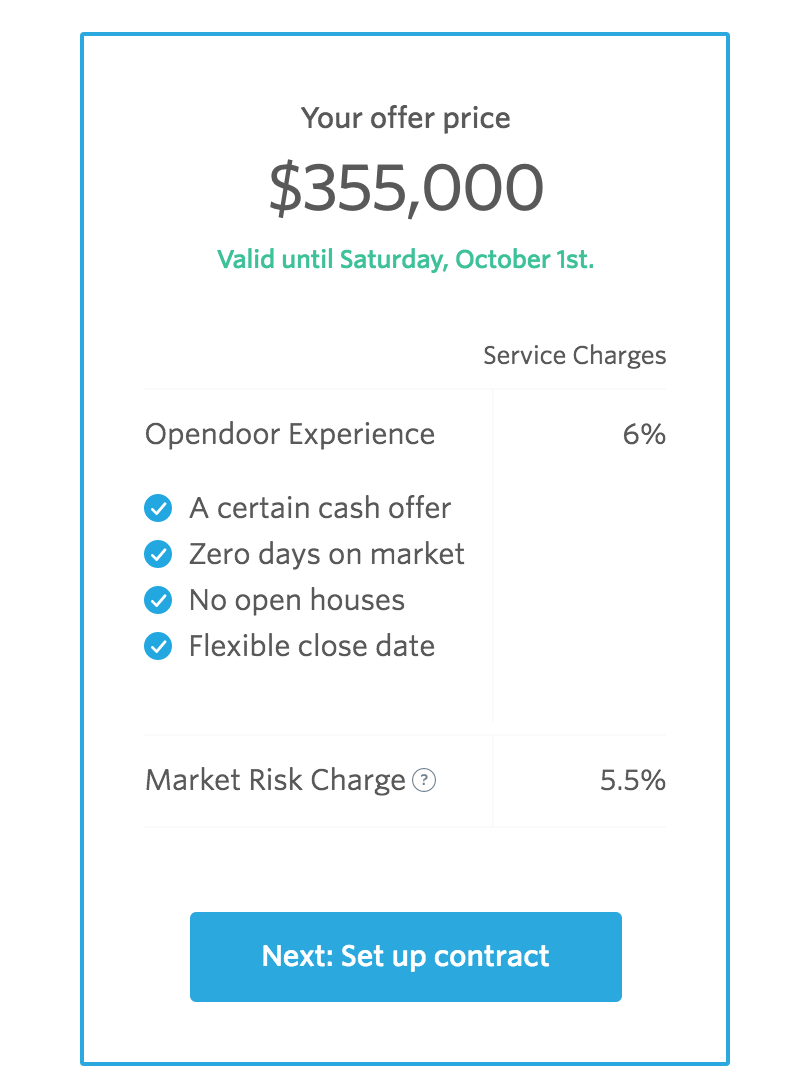 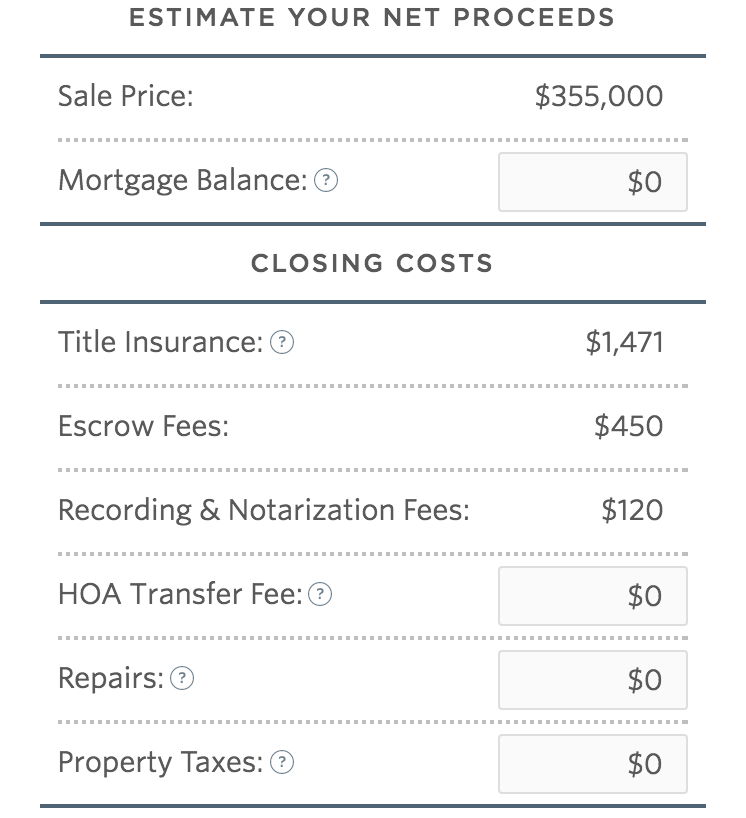 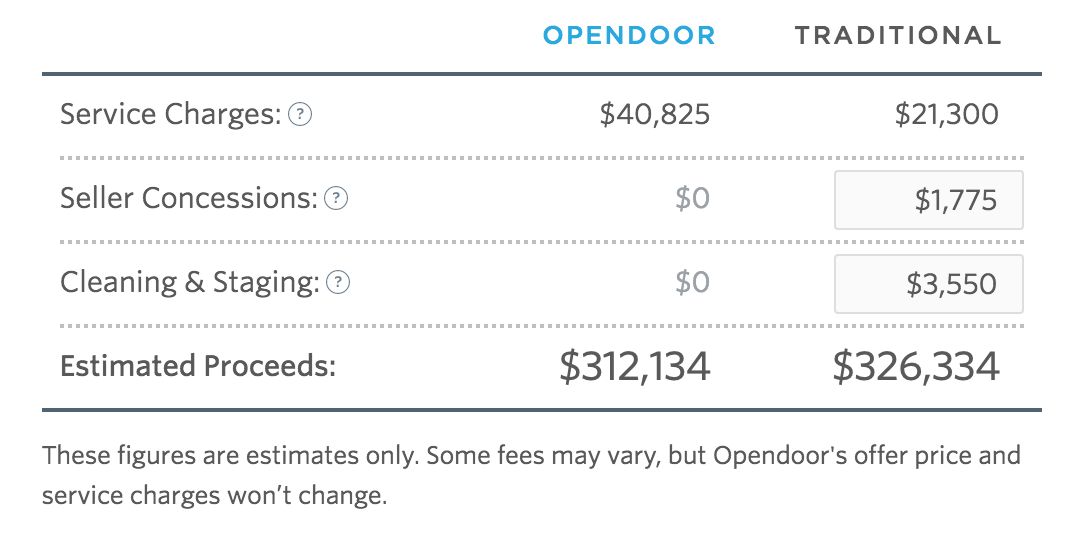 Screen shots from the the summary of an online offer made by Opendoor to a Phoenix homeowner.

“For us, openness isn’t just about hearing feedback — it’s about being open to making adjustments along the way,” he wrote.

Opendoor “changed the policy immediately,” so that the buy-back price would cover both the buyer’s agent’s commission and the transaction costs paid by Opendoor and the buyer in Opendoor’s original purchase of the home.

“After receiving feedback from our agent partners, we realized this was the right course of action and would give agents the same peace of mind we’d already been delivering to homebuyers through the program,” Opendoor said in an email statement. “We have never asked an agent to refund their commission.”

Other complaints about Opendoor policies

Some agents say Opendoor regularly charges sky-high service fees to sellers. They dispute Opendoor’s claim to often charge a service fee of 6 to 7 percent, citing anecdotal evidence that they say suggests the startup typically charges much more than that.

Ross wrote that, over the past three months, 46 percent of Opendoor’s Phoenix customers paid a service fee between 6 percent and 7 percent. Only 8 percent of customers, he added, paid more than a 10-percent service fee.

Opendoor makes concession to agents, but some remain criticial

Ross claimed that Opendoor only buys homes at “the full market price, especially when you consider the renovation work we put into each home.”

What may rile Opendoor critics the most is what they say is the firm’s tendency to make significant adjustments to offers that have already been accepted, revealing to many sellers at the last minute that — if they choose to move forward with the transaction — they will net considerably less than what they were initially led to believe.

One person said on social media that a seller client who had accepted an offer from Opendoor received an addendum to the offer on the tenth day of the inspection period asking for $1,500 in lieu of repairs and a “$15,600 price adjustment.”

Another, who said he was a home flipper, said he canceled a contract with Opendoor after the startup stipulated that he pay what he suggested was an unreasonably large credit to cover repair costs.

Ross said that, on average, Opendoor loses $1,750 per home to repair costs “in order to save customers weeks of hassle and thousands of dollars during the transaction.”

Ross also told Inman that Opendoor usually asks for a repair cost credit from sellers with the average credit equal to about 1.5 percent of a home’s value. And the company recently began providing estimates of repair costs in the formal offers it sends sellers, before it conducts an inspection, he said.

In rare cases (around 3 percent of the time, Ross claims), Opendoor will also adjust the price of an accepted offer if it discovers characteristics of a property that negatively impact its value, according to Ross.

That can happen if sellers don’t disclose or misrepresent aspects of a property in the online form they submit to receive an offer — such as if a seller describes quartz countertops as granite or if Opendoor discovers large power lines in a home’s backyard, according to Opendoor.

Are the gestures working?

Opendoor’s conciliatory gestures haven’t won over all of its skeptics, who accuse the startup of using shady tactics to take advantage of consumers.

“I am glad they changed that horrible buyer’s agent-to-return-their-commission policy because it was terrible,” said Mary McIntosh, who wrote a critique on Opendoor that elicited Ross’s blog post.

But she alleged that the company still “takes advantage of homeowners by giving false and misleading information, changes the bottom line with additional charges once the seller has started packing and moving out of the house, and infers agency relationships but takes none of the responsibility or care that the the homeowner deserves.” 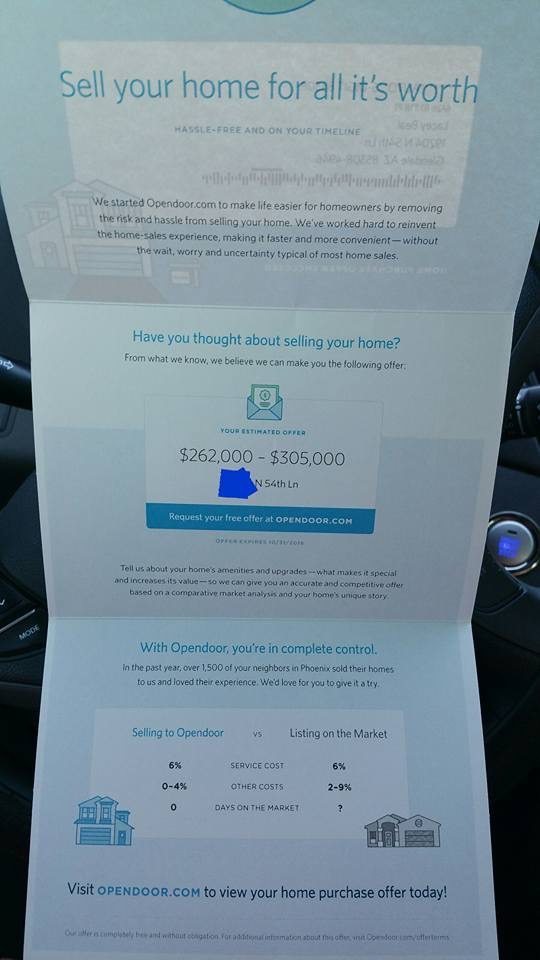 A mailer sent by Opendoor to a homeowner advertises a service fee between 6 and 10 percent, and represents the typical brokerage fee as ranging from roughly 8 to 15 percent.

Like most tech startups, Opendoor may adjust its approach where it sees room for improvement. “The problem of putting it in print is what’s true today might not be true next month,” Ross said.

But no matter what happens, “We never want anyone to feel mislead,” he said. “That’s not good for anyone.” 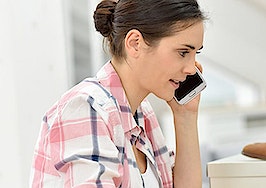 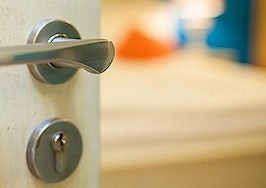 Why Opendoor's policy makes me want to shut the door 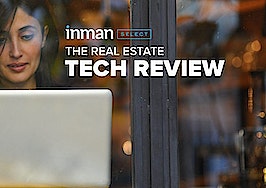 The Inman Innovators I'd hedge my bets on 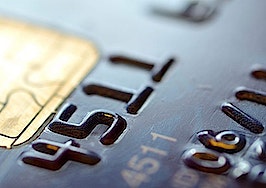 Rethinking the Transaction: What we have learned