Characterizing tax reform bills pending in the House and Senate as “an assault on housing,” the National Association of Realtors Wednesday broadly condemned numerous provisions in legislation that would either increase taxes on homeowners or provide fewer cuts than renters.

Characterizing tax reform bills pending in the House and Senate as “an assault on housing,” the National Association of Realtors (NAR) Wednesday broadly condemned numerous provisions in legislation that would either increase taxes on homeowners or provide fewer cuts than renters.

Using its strongest language to date, the association decried the House proposal to lower the mortgage interest deduction from $1 million to $500,000 and eliminate moving expense deductions as well as a Senate provision that would terminate state and local tax deductions.

“This is about a lot more than the mortgage interest deduction,” said NAR President Elizabeth Mendenhall during the press briefing Wednesday. “Instead it’s about a very fundamental question of whether or not we want to be a nation of renters or do we want to be a country of homeowners?”

House Republicans are expected to vote Thursday on the “Tax Cuts and Jobs Act,” which GOP lawmakers insist will slash tax rates for businesses and middle-class families, trigger economic growth and job creation over the next several years. House Majority Leader Kevin McCarthy of California, said the disparities between the House and Senate bills can be reconciled and drafted as joint legislation by the end of the year. “I do not think it will take long until we come back with that final version,” McCarthy, a Republican, told CNBC on Tuesday.

Besides the mortgage interest deduction limit and the elimination of state and local property tax deductions, NAR Senior Policy Representative Evan Liddiard outlined how a middle-class family of four earning a median income of $73,000 would be shortchanged under a proposal that would reward renters with a $1,478 deduction while granting homeowners a $674 tax cut.

Liddiard also cited limits to a popular tax code provision that allows homeowners to exclude gains on the sale of a principal residence, the dilution of the Low-Income Housing Tax Credit and the repeal of student loan interest deductions and moving expense deductions, as detrimental to middle-class homeowners in small towns and major metropolitan cities alike.

“This is an assault on housing,” said Liddiard. “This tax reform bill is bad news, especially for residential real estate — especially for home-owning families— and it should be defeated.”

NAR Deputy Chief Lobbyist Jamie Gregory said time still remained to amend the bill to more favorably benefit the real estate industry and homeowners. An ambitious influence campaign by the trade association has already targeted homeowners in approximately 60 districts across the country while individual NAR members have been reaching out to their elected officials.

“I think the window is still open, and obviously the finance committee hasn’t finished its work,” said Gregory. “But, yes, there are still opportunities to make changes to these bills.”

As of Thursday afternoon the first Republican Senator — Ron Johnson of Wisconsin — had vocalized his opposition to the Senate tax plan, according to a report from CNBC. Republicans claim 52 of the 100 Senate seats, so they can only afford two GOP nays if the bill garners no support from Senate Democrats and independents. 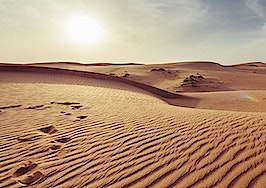 Is NAR giving the mortgage tax break too much attention? 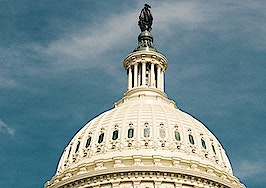 Senate tax plan revealed: what it means for real estate 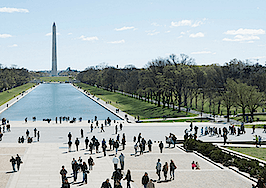 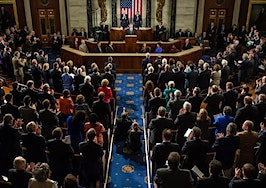