The AR app will be available initially on Android smartphones given Google’s connection to the product, but will be introduced to iPhones by the end of May through a continued partnership with Rooomy, Passerini told Inman. Android phones have a bigger footprint on a global scale and Sotheby’s is in nearly 70 countries so “we have to think about the global market,” he said.

It is currently available for download on the Google Play Store.

The goal of the app is to break down visualization barriers for homebuyers and sellers by showcasing a home’s potential through AR interior decoration, said the company in a press release. Research has shown that an AR experience gives consumers more accurate expectations about a home, increasing their confidence in purchasing and thus shortening the sales cycle, according to the announcement.

Agents can use Curate for their listings and also as a pre-listing tool to demonstrate to a potential seller what styles might suit the home for the current market, Passerini told Inman.

Curate will feature a selection of AR interior designs, ranging from modern living rooms to traditional dining rooms, enabling the consumer to virtually swap styles and reimagine a kid’s room as a study, for example — something physical staging could never accomplish, Passerini told Inman.

When agents stage a home physically it can be “cumbersome,” said the global vice president. Once you choose a certain design you are “stuck with it.”

The Curate app is particularly useful in competitive markets where homes are being bought and sold quickly, added Passerini.

It features screenshot capabilities, allowing viewers to capture and store the images they like of the AR furniture sets used during the visit. They will also be able to buy the furniture they see by clicking on the product, which will take them to the retailer’s website. A number of partnerships are being discussed with furniture companies and interior design firms at the moment, said Passerini, including Birch Lane and Blu Dot.

Passerini also sees the app, which anyone can use, as a good way for agents to stay in touch with their clients after they have made a purchase, helping them with design ideas from the app.

The senior executive said virtual reality has played its part in real estate allowing remote buyers to see a home, but AR solves a different problem.

“AR is a different experience — it solves the problem with VR where you need to have a headset, and not everybody is ready for that. But everyone has a smartphone, and all you have to do is download the app.”

Google feels VR is important and game-changing, but AR is more accessible and is going to drive more revenue, said Passerini. 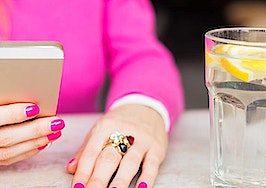 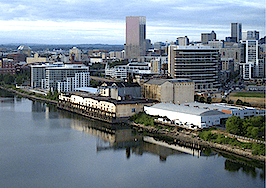 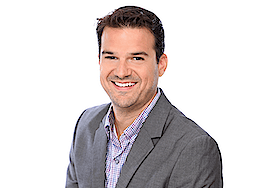 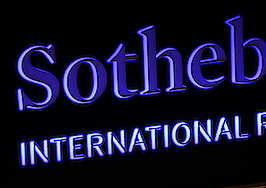