Two real estate agents have filed a class-action lawsuit against realtor.com operator and News Corp. subsidiary Move Inc., alleging the company has defrauded thousands of agents by failing to deliver the number of viable leads from Realtor.com it promises.

Two real estate agents have filed a class-action lawsuit against realtor.com operator and News Corp. subsidiary Move Inc., alleging the company has defrauded thousands of agents by failing to deliver the number of viable leads from realtor.com it promises.

Realtor.com “frequently fails to deliver what it claims to be selling,” according to the three-count complaint filed last week in Los Angeles Superior Court, by California agent John Herkenrath and Ohio agent Tina Wilson.

The plaintiffs allege that they paid Move $500 and $120 a month respectively for a certain number of buyer leads from realtor.com, and over the course of months realized that most of the leads the company was providing were “useless” either because the contact information was inaccurate or the people that were reached had no interest in purchasing a home.

In an emailed statement, realtor.com spokesperson Janice McDill told Inman: “The allegations are without merit, and we will defend the case vigorously. Beyond that, as a matter of policy on legal matters, we will have no further comment, except to note that tens of thousands of real estate professionals use our products to connect with clients and build successful businesses.”

Specifically, the suit says that Move:

Excerpt from Nov. 12, 2017 email from plaintiff Tina Wilson to Move requesting that her account be canceled immediately

The complaint demands a trial by jury and accuses Move and a subsidiary, Move Sales Inc., of breach of contract, violation of California’s unfair competition law and unjust enrichment. The suit seeks class-action status and proposes to include all people who paid Move or Move Sales for any buyer leads while living in the U.S. as of April 20, 2014 — a figure the plaintiffs estimate numbers in the “thousands.”

The plaintiffs have asked the court to order Move to stop its alleged unlawful and deceptive business practices and require Move to give back the funds it obtained from the plaintiffs and members of the class.

The allegations in the agents’ complaint echo those made by former Move sales rep Brian Bobik in a lawsuit filed in January. Bobik alleged he was wrongfully terminated from Move in retaliation for objecting to and refusing to participate in what he believed to be unlawful conduct, including lying to real estate agents to get them to pay for leads, delivering “bogus” leads, charging agents for services they never ordered or received, and billing agents’ credit cards without authorization.

Following the publication of Inman’s story on Bobik’s lawsuit, several dozen agents commented on Inman’s website claiming they experienced similar fraudulent acts after purchasing leads from realtor.com. Inman also received at least two dozen unsolicited emails and Facebook messages from agents with similar claims. Inman did not receive an email from the plaintiffs behind the class-action suit.

Move subsidiary RealSelect runs realtor.com on behalf of the 1.3 million-member National Association of Realtors under the terms of a 1996 operating agreement, which has been amended multiple times over the years.

Asked whether the agreement prohibits Move’s alleged behavior and whether NAR plans to take any specific action in response to the allegations, NAR declined to comment.

“We generally do not comment on pending litigation, so we are not in a position to comment at this time,” NAR spokesperson Jane Dollinger told Inman in an emailed statement. 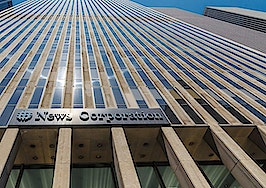 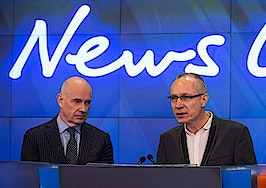 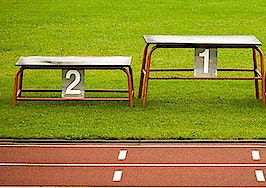 Is realtor.com in it to win it? 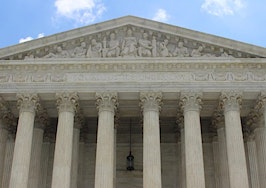