CBS
by Brad Inman
Share this article
You successfully shared the article.
Close

EXp Realty’s founder Glenn Sanford, a Keller Williams vet-turned-competitor, has found success by embracing his geeky side. Now he’s got a ‘Big Bang’-sized hit on his hands.

Glenn Sanford, the founder of fast-growing eXp Realty, seems to be abundantly self-aware. “I am a geeked-out nerd,” who has started 17 businesses, he told me over breakfast on Tuesday. We were at a restaurant near his home and office in Bellingham, Washington, overlooking the San Juan Islands and the North Cascades mountain range, 30 miles from the Canadian border.

Sanford ordered eggs benedict. His colorful, but worn, short-sleeved sport shirt looked like a sure bet for a Target sale item. 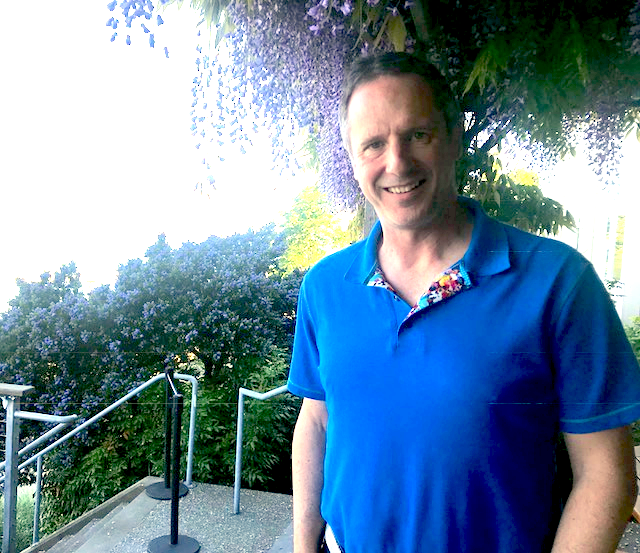 Part of his title reads: “Chief Thinker and Daily Positive Change Advocate.” But seriously, Sanford is also Chairman of the Board, CEO and largest shareholder, he and his ex-wife own more than half of the outstanding shares of eXp World Holdings. Earlier this week, he moved his company from a penny stock on the Canadian exchange to the Nasdaq, representing a step into the spotlight but also further legitimacy for his eight-year-old tech brokerage company.

Sanford was worth more than $500 million when the stock began trading on the Nasdaq.

I asked him how it felt to be rich, but he was uninterested in saying much about his financial success. What he likes to talk about is his virtual cloud-based office brokerage, his agent ownership model and the budding real estate movement that he is leading.

Sanford uses straightforward facts to explain his story, his company and his vision in an easy-to-follow, casual style. If there is a real estate company inspired by the characters of the popular television show The Big Bang Theory, this might be it.

Who is his hero? It’s not Steve Jobs like every other tech entrepreneur. Sanford is fond of Steve Wozniak, the “Woz,” the nerdy, more disheveled co-founder of Apple Computer (himself a camero star on The Big Bang Theory).

It would be a mistake to underestimate this humble nice guy from Bellingham, Washington, the city of “subdued excitement.”

He is an unusual entrepreneur (most fail). His company is successful by the most important measure every tech company aspires to but rarely achieves: hockey stick growth.

This year alone, he doubled his agent count from 6,000-plus in January to 11,000 today. He is adding hundreds of agents each week. At this pace, he could conceivably reach 50,000 agents by the end of next year or in 2020. Like The Big Bang Theory, the company has gone viral.

Powerhouse Realogy brokerage NRT has 50,000 agents. The virality of the eXp enterprise has suddenly propelled Sanford into the big leagues. His challenge forward is managing hyper growth, no easy feat and the ultimate test of success.

EXp could be described as NRT without office space.

During the economic downturn 10 years ago, he said he could not afford “bricks and mortar” for his real estate company, “so I learned the hard way how to operate without it.”

His background building tech products helped him create a virtual company that is upending the old model of broker owners leasing gobs of office space to house poorly performing agents. It is like renting storage space to store your useless junk.

Sanford does not pretend to be attracting only the very best agents. “We are like everyone else in the industry,” he deadpans.

He sees the world through the eyes of a technology entrepreneur. Like the classic tech land grab where companies crazily chase market share, Sanford sees his mission as an agent grab. Who gets the most agents the fastest wins? And behind his Northwestern humble veneer are the eyes of a fiercely competitive, no-nonsense founder who is focused on the prize and nothing else.

Agent-owned is the promise

He also does not spend money (cash) on recruitment costs because he is giving equity away in his seven level (like Keller Williams ) multiple level “compensation” plan.

“Is it multi-level marketing?” I asked. Sanford says, no. But agents who bring in more agents earn a cut of their commissions as well as equity sharing. That is in part where his growth is coming from, not much different than KW in the early days.

Though he is the largest shareholder by a long shot, Sanford described his company as agent-owned through a ESOP-style stock ownership program, as well as the revenue sharing, all designed to enhance the promise of an agent-centric business model

EXp agents earn shares for their first closing, when they fully cap and when agents they sponsor closes their first transaction. The number is based on total eXp Realty agent count and the shares awarded decrease at agent count benchmarks. The company takes a 80-20 commission split until a $16,000 cap and a small transaction fee on each deal. After that, they earn 100 percent commission.

Declining margins not an issue

I asked Sanford about his declining margins, which he says is explained by his generous agent compensation program. Again, he beats the same drum, his mission is to build the eXp agent base, not worry too much about margins. Like all successful entrepreneurs, he is focused on the prize, knowing if he wins at that, he can fix other problems later.

But his financial story is different from tech brokerages like Compass who are sitting on a pile of venture capital. Sanford says that is not a problem, as the company is cash flow positive.

Sanford is leading a movement that has taken off, which is not lost on executives at Realogy, Re/Max and KW. Gary Keller did a little trash talking of eXp at the KW Family Reunion in Las Vegas earlier this year.

Sanford is a former Keller disciple, once a KW top producer and expansion team owner, who admits that his model is attracting KW agents. Re/Max is another agent hunting ground for eXp.

Sanford lauds Keller, giving him credit for building the first big real estate company to truly understand systems and pushing it down to the rank-and-file agent. The eXp founder, being a nerd, loves systems as well. “That is how I think,” he told me.

He also gave a shoutout to Arizona-based HomeSmart, a “low-fee, high-value” brokerage model. “We are more of a hybrid model between a split and a transaction fee model. Kind of a blend of KW and Homesmart,” Sanford explained.

And name a tech success story that does not have a founder who is a tad strange.

A long list of adjectives have been used to describe one-time real estate outliers like Re/Max founder Dave Liniger and Keller, mostly from people who want to bring them down. That did not stop either of them.

There seems to be two types of successful real estate companies: buttoned-up firms like Realogy and Berkshire Hathaway who grew by acquisitions and those like KW, Re/Max and now eXp Realty who figured out a wild and wooly growth path, driven by maverick founders who dance to a different DJ. (Realogy is breaking out of its M&A mold, promising a more tech-driven growth strategy.)

In the old days, a successful business leader was perched in a big office with coffered shirts and silk ties, barking orders to his minions and taking himself way too seriously.

But nerds rule today. Real estate’s quintessential geek is Glenn Sanford. As fictional character Leonard Hofstadter from The Big Bang Theory said about his friend and fictional character Sheldon Cooper, “When people finally do notice you, they’re gonna find someone a lot cooler than they thought. And for those of you who were popular in high school, it’s over, sorry.”

Correction: This article originally stated that eXp Realty had 12,000 at the time of its publication. In fact, the company had 11,000 agents. We have since updated it accordingly and regret the error. 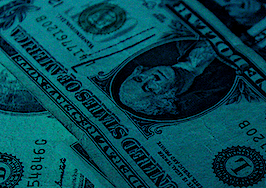 It's time for NAR to ditch the dues hikes, or face member revolt 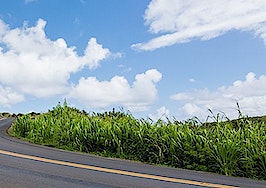 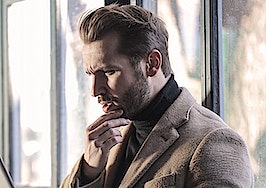 Consumers get duped on highjacked listings — I did twice 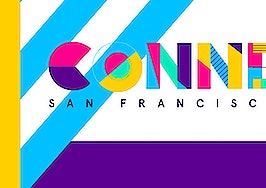 Be the future of real estate