Rawpixel on Unsplash
by Gill South
Share this article
You successfully shared the article.
Close

In January, Peer Reputation launched in the Washington, D.C. metro area. Since then, the service has expanded to Tampa and Orlando, Florida, Virginia and South Carolina.

Steven Wynands, an agent with Virginia-based National Realty, received a call last year from an agent introducing herself before making an offer and trying to convince him that she would be a good agent to work with on a deal. He made a few calls to other agents and discovered she had a reputation for being a nightmare to work with.

Wynands, a former software engineer and senior consultant for Deloitte, was so impressed that agents would share information with him that in January he launched his own peer review system, Peer Reputation, in the Washington, D.C. metro area.

Since then, the service has drawn 83,000 agents and 9,800 brokerages and expanded into Tampa and Orlando, Florida; Virginia Beach, Virginia; and Greenville, South Carolina, the entrepreneur told Inman last week.

“Part of our success is we make it so easy to leave feedback — after every transaction we send an email to the listing agent and the buyer agent and ask did you enjoy working with the other agent,” Wynands said.

The feedback has uncovered more than 48,000 positive real estate agent experiences but also nearly 4,000 negative ones involving 3,000 agents — many of them repeat offenders. To date, the service has tallied information across 388,000 transactions while the number of registered users has grown from 2,900 to 4,100, Wynands said.

With his tech engineering and consultancy background, Wynands said he loves to solve hard problems. He and co-founders — software engineer Steve Mincemoyer and former agent and loan officer Peter Halim — surveyed more than 42,000 real estate agents about their experiences on more than 200,000 transactions.

There is room to detail exactly what an agent did to make them stand out. Wynands cites one example Peer Reputation has on its Kudos Wall — where especially good peer reviews live on the Peer Reputation site — of associate broker Rosa Valenziano from Northrop Realty, a Long & Foster company, who persuaded a title company to open Christmas Eve so that a deal could close and the family could carry on their annual tradition of camping under the Christmas tree in their new home on the night before Christmas.

Negative reviews, which Wynands shared with Inman, show agents who miss deadlines, are unresponsive, don’t communicate, blame others for their shoddy work and force others to pay for things that are their responsibility, among other violations.

The way Peer Reputation works, each agent has his or her own dashboard  — profiles and access are based on MLS-registered email — and each brokerage office has its own dashboard. It displays recent activity and the broker/managers can go deeper and get details about agents and feedback. It’s a bit like how Credit Karma tracks your score over time, said the Peer Reputation CEO.

Wynands and his team have given brokers including Re/Max Advantage Maryland, Northrop Realty (Long & Foster) in Maryland and Keller Williams Metro Center in Virginia “demos” of the system and feedback on their agents, good and bad.

“We are not here to bash bad agents,” Wynands said. “This is a profession people use to feed their families. We are basing ratings off of recent performance. Agents have a chance to get better. We are here to help, to give all agents something to strive for. It’s about doing a good job for clients but also to cooperate with other agents.”

Wynands is planning to take the system to other parts of the country. “I want to go where people actively want to make a difference, to raise the bar,” said the CEO.

The agent argues while consumer reviews are nice to have, no one understands the complexities of real estate transactions better than the experts who are managing all the moving parts behind the scenes.

The co-founder set up a private Facebook group in May for agents interested in what he is doing. It has attracted 493 members so far.

“We are asking for engagement input from the real estate community,” Wynands said. “We want them to own the process.” 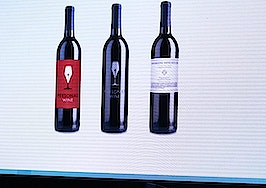 How many stars does your customer service deserve? 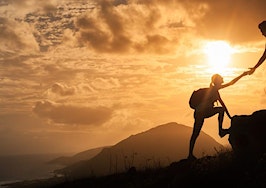 Why relationships in real estate still edge out technology and data 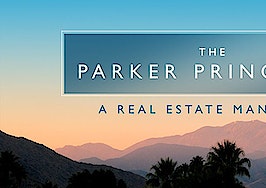 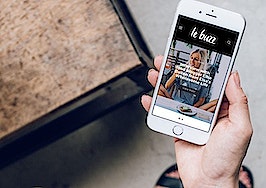 How to use social proof to snatch more clients