The affordability crisis and housing supply shortage are hitting agents and brokers hard, according to the 2018 NAR Member Profile report.

Rising home prices don’t necessarily make for rising Realtor income. Agents and brokers did fewer deals and made less money last year, according to an annual report from the National Association of Realtors (NAR), the largest real estate trade group in the U.S. with 1.3 million members.

At the same time, the median number of transactions for Realtors fell to 11 last year, down from 12 in 2016. And median brokerage sales volume declined to $1.8 million in 2017 from $1.9 million the year before — despite record-high home prices.

NAR attributed the drop in deals to ongoing shortages of homes for sale.

“Limited inventory continues to plague many housing markets in the United States. For the fifth year in a row, the difficulty finding the right property has surpassed the difficulty in obtaining mortgage financing as the most cited reason limiting potential clients,” the report said.

However, the median numbers reflect a widely different set of experiences, with longer-working and more experienced agents taking a bigger share of the deals and commissions than their less experienced and more part-time counterparts.

As the report shows, income varied by job function, experience and hours worked per week. Most Realtors were sales agents who specialize in residential brokerage, according to the report. Median gross income for sales agents was $29,440 in 2017, down from $33,750 in 2016 — a 12.8 percent plunge. After taxes and expenses, overall Realtor income in 2017 was a median $25,900; for sales agents, that figure was $18,680. 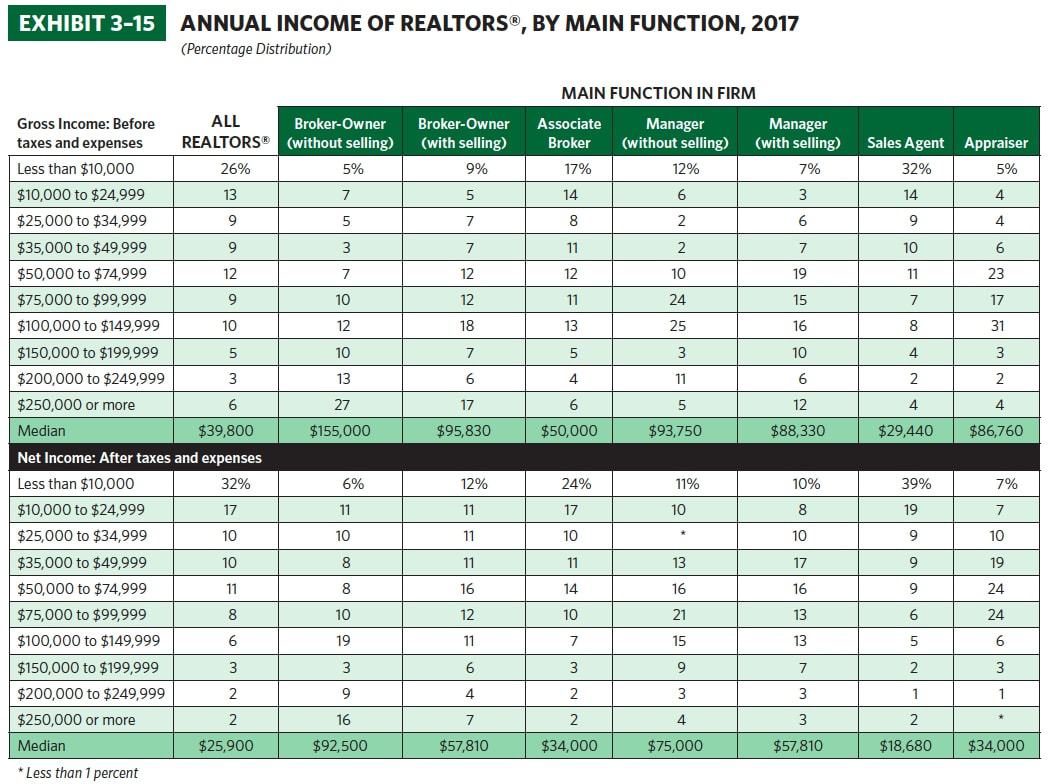 The number of Realtors rose from 1.22 million in March 2017 to 1.3 million in April 2018, but while many of those newcomers were younger, the median age of Realtors rose to 54, up from 53 the past couple of years. A third of Realtors were more than 60 years old this year, while 5 percent were less than 30, the report said. Seven in 10 Realtors specialized in residential brokerage.

Nearly two-thirds (63 percent) of Realtors were female. This figure rises to 66 percent for sales agents and declines to 57 percent for broker licensees.

Realtor households pulled in a median gross income of $110,800 in 2017, down a bit from $111,400 in 2016. Perhaps expectantly, most Realtors (83 percent) owned their primary residence, though that figure declined to 65 percent for Realtors 39 years old or younger.

The vast majority of Realtors were also married (70 percent) while 15 percent were divorced and 10 percent were single or never married, the report said.

More than four-fifths (81 percent) of Realtors were white, while 9 percent were Hispanic, 5 percent were black and 4 percent were Asian or Pacific Islanders. Among those with two years of experience or less, a quarter were minorities, up from 22 percent last year, the report said.

A look at brokerage business models and agency

Nearly 90 percent of Realtors were independent contractors and just over half (53 percent) were affiliated with an independent company. Just under half (44 percent) of members worked for a one-office firm while a quarter worked for a firm with two to four offices, the report said. Just over half of brokers (52 percent) reported having some ownership interest in their firm and more than a third (36 percent) reported having sole ownership interest in their firm. 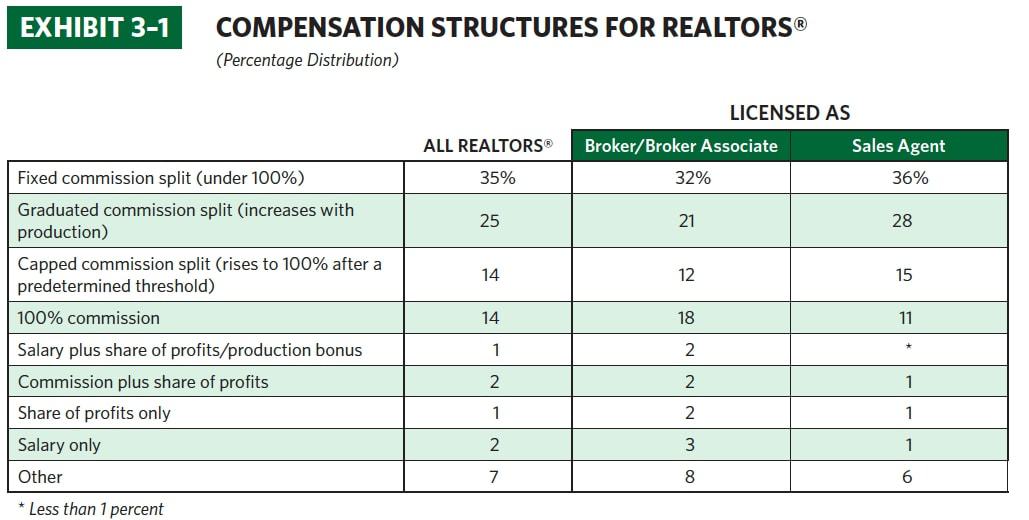 Just over a third of Realtors (35 percent) practiced single agency brokerage while 37 percent practiced buyer and seller agency with disclosed dual agency (up from 33 percent in the 2017 survey) and 10 percent practiced transactional agency, the report said.

Just over a third (35 percent) of those specializing in residential brokerage said they received some business from an open house, but the remainder (65 percent) said they received no business from open houses, regardless of how experienced the Realtor was. Agent and broker websites typically brought in no inquiries or business, according to the report. The report did not include information regarding third-party websites as sources of business.

Vehicle expenses were the largest expense for Realtors at a median $1,310. The typical Realtor spent $70 to maintain a website in 2017, unchanged from the year before, the report said.

Here’s a rundown of the median spent on other expenses in 2017:

The most commonly used business software tool was the multiple listing service (MLS), which 68 percent of Realtors reported using every day or nearly every day, followed by electronic contracts and forms and contact management software. 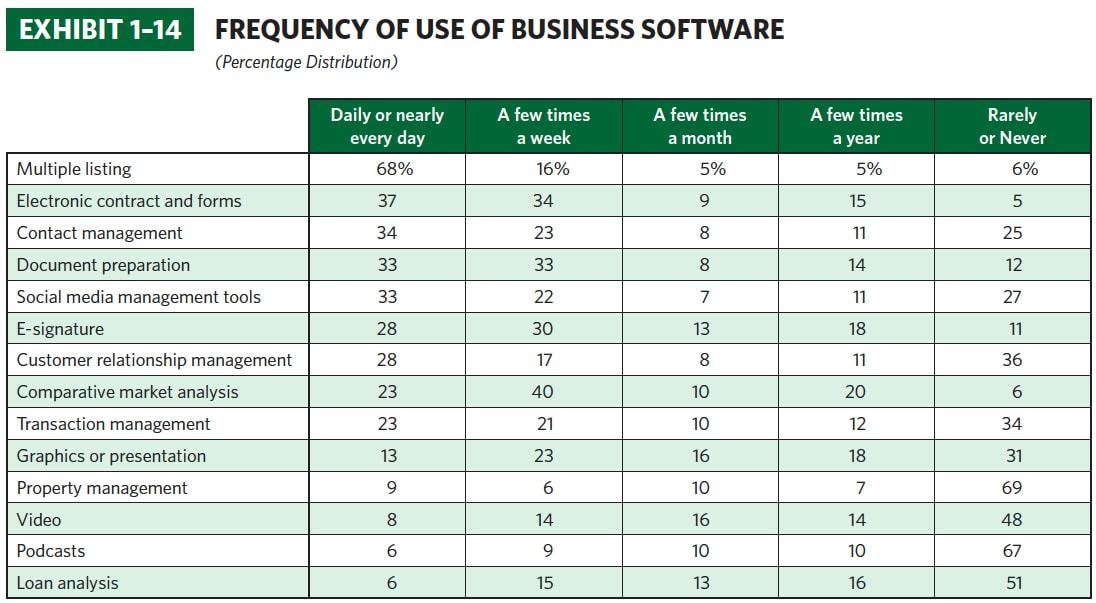 In March 2018, NAR e-mailed a 96-question survey to a random sample of 200,964 Realtors. Using this method, a total of 12,495 responses were received. The survey had an adjusted response rate of 6.2 percent. The confidence interval at a 95 percent level of confidence is +/- 0.87 percent based on a population of 1.3 million members. Survey responses were weighted to be representative of state level NAR membership. Information about compensation, earnings, sales volume, and number of transactions was characteristics of calendar year 2017, while all other data was representative of member characteristics in early 2018. 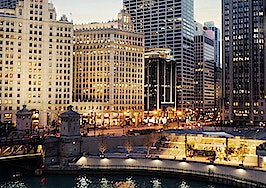 Inside NAR’s $45M plan to renovate its Chicago headquarters 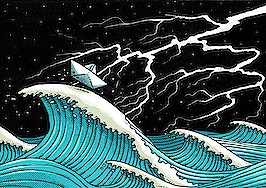 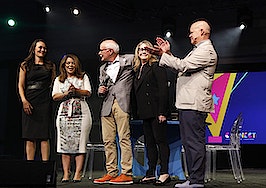 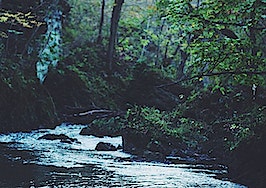