What are the issues most important to the National Association of Realtors, the largest real estate trade group in the nation and a powerful lobbying force?

The federal midterm elections to be held on Tuesday, Nov. 6 are two weeks away. The results will determine who holds power in Congress and what pieces of legislation may see the light of day. What are the issues most important to the National Association of Realtors, the largest real estate trade group in the nation and a powerful lobbying force?

NAR requires non-incumbent candidates to the U.S. House or Senate who seek its endorsement or a donation fill out a questionnaire inquiring where they stand on six key issues: flood insurance, housing and mortgage finance, net neutrality, data privacy and security, patent reform and taxes. 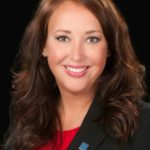 “Decisions to get involved in races around the country are dictated by each respective candidates’ answers to these questions, should they choose to respond, or by their voting record if they are an incumbent,” NAR President Elizabeth Mendenhall said in an emailed statement.

“This cycle, NAR is supporting hundreds of candidates for federal office from both parties and in every corner of the country, as we’ve always done in the past.”

NAR does not decide which candidates to support based on political party, but rather on candidates’ stances on policies regarding homeownership and real estate investment, the trade group said.

NAR claims to have the “most bipartisan major PAC,” the Realtor Political Action Committee (RPAC). An Inman analysis earlier this year found that NAR’s political spending spans both Democratic and Republican parties, though stats for the 2015-2016 election cycle show slightly more went to GOP candidates.

Mendenhall noted that 85 percent of the nation’s 1.3 million Realtors are currently registered to vote in the 2018 November elections and said it is “critical” that their voices are heard this Election Day.

“NAR is focused on ensuring our members are once again active participants in this year’s election, as doing so will ensure the issues that matter most to the real estate industry remain a priority for America’s lawmakers,” she said.

Here are the trade group’s legislative priorities this election cycle:

Congress has authorized the National Flood Insurance Program (NFIP) through November, but NAR has been pushing for a multiyear authorization of the program. The NFIP, which is overseen by the Federal Emergency Management Agency (FEMA), has provided millions of homeowners, business owners and renters with affordable flood insurance since 1968.

NAR supports the “21st Century Flood Reform Act,” which would reauthorize the NFIP for five years, remove barriers to the private flood insurance market, enable communities to develop more accurate flood maps, and allocate $1 billion to elevate, buy out or mitigate the riskiest of an estimated 5 million policyholders.

Although the Act passed the GOP-led House 237-189 in November 2017, it has failed to move forward and is currently stuck in the Senate banking committee.

Last month marked a decade since conservatorship of government-sponsored enterprises (GSEs) Fannie Mae and Freddie Mac began. In response to the anniversary, NAR made its position clear on GSE reform:

NAR believes that Fannie Mae and Freddie Mac should be replaced by a government authority(s) with private capital that is subject to tighter regulations and revenue generation, and is committed to fulfilling its mission as Congress intended. NAR also believes that the future housing finance system must ensure that there is mortgage capital available in all markets at all times, and under all economic conditions. Additionally, Realtors believe it is critical to secure an explicit government guarantee in the secondary market, which should ensure the availability of long term, fixed-rate mortgage products (i.e. 30-yr fixed-rate mortgage).

“Ultimately, without the government’s support of the GSEs and [Federal Housing Administration]-insured loans, private capital for mortgage lending would dry up during economic downturns, leaving homeowners and homebuyers with few – or no – options. This situation could be potentially devastating for the American economy, but fortunately it is avoidable,” Mendenhall said in a statement.

NAR does not believe comprehensive housing finance reform legislation will be signed into law this year. Reps. Jeb Hensarling (R-TX) and John Delaney (D-MD) introduced a discussion draft last month called the “Bipartisan Housing Finance Reform Act of 2018,”  where Ginnie Mae — a government-owned and backed agency of the U.S. Department of Housing and Urban Development (HUD) — would offer borrowers access to conventional home loans by guaranteeing payment to investors of pooled loans.

In a statement at the time, NAR said it was “pleased” that Hensarling now supports a federal role in the conventional housing finance system and that the trade group “looks forward” to working with Hensarling, who is chairman of the House financial services committee, “to address issues that may arise with this model, including limited credit availability and regional pricing variation.”

NAR said it is unlikely the draft will be introduced as a bill this year.

In December 2017, the Federal Communications Commission (FCC)  voted to end the 2015 Open Internet Order, which regulated the way internet service providers (ISPs) treated content. It required ISPs to treat all content equally and prohibited providing “fast lanes” for favored sites. NAR was staunchly opposed to the repeal of these net neutrality rules, fearing the rollback could raise costs for real estate professionals.

In July, NAR applauded Rep. Mike Coffman for introducing the “21st Century Internet Act,” which would prevent ISPs from blocking or throttling online content or services.

The bill is currently in the hands of the House Committee on Energy and Commerce.

During the course of a real estate transaction, real estate agents and brokers collect and use personal consumer data, much of it financial in nature.

“Realtors recognize the importance of protecting client data entrusted to them and support common sense data privacy and security safeguards. However, Realtors believe that Congress should enact data privacy legislation that avoids burdening small businesses that lack the resources available to larger companies,” the trade group said in its candidate questionnaire.

Though there are a couple of bills that have been introduced in the House and Senate regarding data privacy and security, NAR does not support either of them, the trade group told Inman. On its website, NAR says it supports an approach that covers all entities handling sensitive information without any exemptions for banks, telecommunications companies or third parties; where a breach of security is defined as the acquisition of data; and where a trigger for notice is based on the risk of financial harm, among other factors.

Senator Mark Warner took this approach in a 2016 discussion draft, but that draft was never introduced as a bill.

NAR supported the America Invents Act, a patent reform bill President Obama signed into law in September 2011. However, NAR says it continues to see abuse of the patent system.

“Instead of creating new jobs and investing in new technologies, businesses large and small across many industries — including realty, construction, restaurants, retail, hotels, grocers, convenience stores, and restaurants on Main Street — are diverting scarce resources to fighting frivolous lawsuits and overly broad claims made by Patent Assertion Entities (the so-called ‘patent trolls’),” NAR said in its candidate questionnaire.

Over the last several years, NAR has negotiated settlements with some of these companies in order to protect real estate brokerages and multiple listing services.

The bill is currently in the House Subcommittee on Courts, Intellectual Property, and the Internet. NAR told Inman it does not support any patent reform legislation in this Congress.

When the economy took a plunge during the Great Recession, Congress passed a law that prevented the IRS from taxing Americans on debt a mortgage lender forgives as part of a short sale, foreclosure or loan modification.

Since the law was first passed in 2007, Congress has extended it several times, most recently at the beginning of this year to cover 2017, but not 2018.

NAR is a strong advocate for mortgage forgiveness tax relief and in March urged the legislature to make the relief a permanent provision.

“Without the exclusion, the debt that lenders forgive is considered taxable income and adds a tax burden at a time when an individual or family has experienced a true economic loss. NAR believes most of these people are already in financial distress and likely unable to pay additional taxes,” NAR said on its website.

The trade group believes the chance of extending the provision to cover 2018 and future years “is very much in doubt,” though it will remain “a high priority for NAR, which is actively encouraging members of Congress to find consensus on extending this provision on a retroactive basis.” 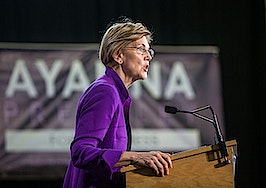 Can Elizabeth Warren’s $500B plan really end the housing crisis? 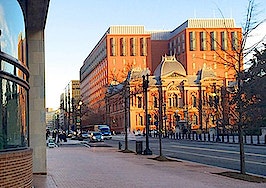 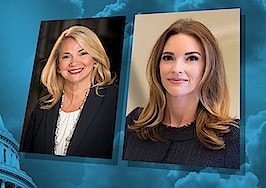 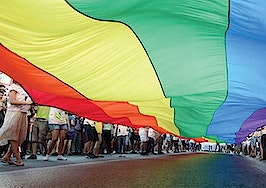