Flash briefings are growing in popularity and proponents believe as Amazon pushes further into millions of homes the audio clips will play a massive role in the future of real estate.

Imagine this: Someone in your area, maybe a person looking to buy a home, wakes up one morning and walks to the kitchen for a cup of coffee. As this would-be homebuyer leans against the counter, waiting, a voice gently starts playing from a speaker in the corner, providing a weather report, stock updates, and the latest sports scores. 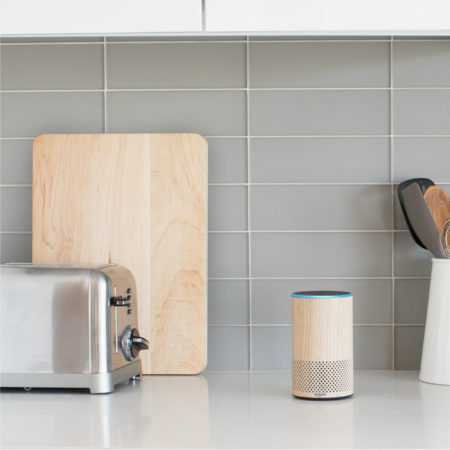 An Amazon Echo in a kitchen. Credit: Amazon

And then, amid this mix of headlines and news, the voice of a local Realtor comes on the air. In a few brief seconds, the Realtor provides a quick tip about the local housing market, the address of an upcoming open house, or perhaps an explanation of the latest interest rate change. The would-be buyer takes a last sip of coffee and walks out the door just as the Realtor signs off with a quick plug for her website.

This scenario might sound futuristic, but in fact has already arrived thanks to flash briefings, or short audio clips that play over devices using Amazon’s Alexa virtual assistant. The short audio clips are growing in popularity and, more importantly, proponents believe that as Amazon pushes further into millions of homes, the informational little audio clips are going to have a massive role in the future of real estate.

So what exactly is a flash briefing?

Simply put, a flash briefing is like a very, very short podcast that plays over speakers such as the Amazon Echo. People who own the speakers can subscribe to a bunch of flash briefings, then tell Alexa to play them at their leisure. It works sort of like an audio news feed that Amazon customers can listen to while they brush their teeth or cook dinner.

An Amazon Echo Dot, which is one of the speakers that can play flash briefings. | Photo by Amber Taufen

Jason Frazier, founder of The Agent Marketer and its eponymous flash briefing, said that the audio clips can run as long as 10 minutes, but they’re typically much shorter.

“Generally, on average, they’re anywhere from three to five minutes,” Frazier told Inman of his own content. “You don’t want to be doing 10 minutes every single time.” 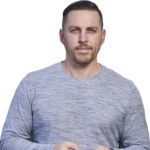 Dustin Brohm, the Realtor behind The Massive Agent Minute flash briefing, posts a new audio clip seven days a week. His briefings tend to be even shorter, running between 60 and 90 seconds, and he often tries to record them in batches. He said he’ll spend between 30 minutes to an hour recording a week’s worth of flash briefings.

“It can be a tip or a marketing idea,” he said. “A story about a transaction or something like that.”

Both Brohm and Frazier have podcasts and described their flash briefings as natural outgrowths of their longer-form audio projects, though they said that previous audio experience is not necessary to produce flash briefings.

Why do flash briefings matter?

For starters, flash briefings — and audio content more generally — are still in their infancy, but growing rapidly. That, according to everyone who spoke to Inman for this story, means there’s still time to become an early adopter and ride the wave as audio becomes more ubiquitous. 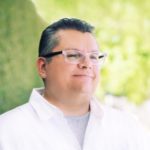 “If you look at the trajectory of voice enabled speakers and marketing content,” Frazier said, “the only thing that comes close to it is video, it’s YouTube.”

Frazier also said that flash briefings are a particularly good way to build a brand as a hyperlocal authority.

Perhaps more profoundly still, proponents of flash briefings see them as a gentle way to maintain a presence in the lives of clients.

“Having that contact through your Alexa device is so much less invasive than having your Realtor call you,” David Bramante, whose company My Home Agent offers a suite of flash briefing services, told Inman. “It’s a really cool, un-invasive way to touch people every week.”

Chelsea Peitz, the national director of social sales for Fidelity National Financial, is also making contacts via her flash briefing, which she broadcasts five days a week. 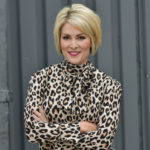 “I’d say there’s one person a day minimum that comes over to my Instagram and messages me,” she said. “It’s probably my top organic right now. Which is crazy because I’m not promoting it very much. They’re coming, and they’re not only coming but they’re talking to me.”

To be clear, flash briefings are not a panacea for all the challenges Realtors face. Peitz spoke positively about the medium, but said that the end game is still to be determined.

“I can’t say I’ve gotten X because of a flash briefing,” she explained to Inman. “But I know the interest is there and people want to figure it out.”

How do you actually make a flash briefing?

The first step in producing a flash briefing is to create an Amazon developer account. Next, would-be producers provide information about their content in a process that’s known as creating an “Alexa Skill” — Amazon’s term for app-like programs. However, Peitz said this process doesn’t require any coding or technical ability.

“Building it is basically answering a series of questions,” she said. “It’s almost like filling out a long form.”

For Peitz, this process took time as she and Amazon corresponded back and forth about the information she needed to provide. She described it as “frustrating” at times, but said that with some patience anyone should be able to do it. This week she also released a video that walks would-be producers step by step through the entire process. The video was a response to the growing number of people who were asking her how to start their own flash briefings.

After setting up a developer account and providing the information to create a an Alexa Skill, the next step is choosing a company to host your flash briefings. The hosting company is basically a landing place for the audio files, which Amazon can pull from, similar to the way Google Photos or Flickr might host images.

The final step is to start recording. The experts who spoke with Inman said not to overthink this process, recommending new producers start with their phone microphones and voice memo apps.

“I do record with a mic into my laptop,” Brohm said, “but you can do it into your phone, it’s fine.” 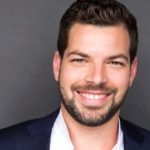 There are also companies that offer a more comprehensive, full service experience. My Home Agent, for example, began as an Alexa Skill to generate leads, but has since begun offering comprehensive flash briefing services that include providing a sample script and letting users submit text-only flash briefings. Text-only submissions are read out loud in homes using Alexa’s voice.

“It was our second product we created, but now it’s our most popular one,” he added.

How many people do flash briefings typically reach?

Brohm said that people listen to his flash briefings about 1,000 times a month. During the last 30 days, he added, 54 people have added the flash briefing to their subscription list. And though Brohm’s audience for his flash briefings is much smaller than the one for his podcast, he said he has been seeing growth of his Alexa content of 20-25 percent per month.

Frazier said that over the last month his flash briefings have been listened to more than 600 times. Significantly, he also said that his audience has largely been growing organically, with people finding it on their own. 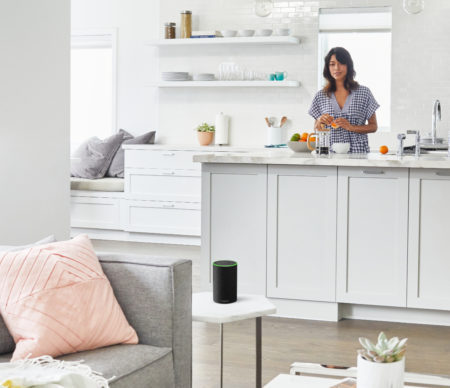 An Amazon Echo speaker in a living room. Credit: Amazon

“To me it’s great because it’s something I don’t actively market,” he explained.

As with any type of content, it does take time to build an audience. Frazier, for example, said that in the beginning he had very few listeners tuning in to his flash briefing. But after several weeks of producing daily programming, his audience began to tick up.

Is this a fad, or will it be something that sticks around?

Flash briefings have been around since the Amazon Echo debuted in 2014, but they appear to have spiked in popularity much more recently. Everyone who spoke to Inman for this story, for example, started producing their own flash briefings in 2018. Given that short timespan, it’s difficult to say exactly what will happen to the medium in the coming years.

What is clear, however, is that the real estate industry in particular has gravitated toward the medium. Peitz said that after researching all of Amazon’s current offerings, she found that there were three or four times as many flash briefings on real estate than on any other topic.

“I’ve literally clicked on every single category on Amazon,” she said. “It’s really interesting how our industry has jumped on it.”

Unsurprisingly, the proponents have flash briefings argue that the medium is going to be even bigger in the future. Peitz pointed to the growth of smart home technology and connected devices, and compared flash briefings to the rise of the iPhone just over a decade ago.

“I personally believe it’s going to be the next big thing,” Peitz said of flash briefings.

Brohm agreed, saying that flash briefings are going to be “huge” as “Alexa continues to expand and get millions and millions more users.” 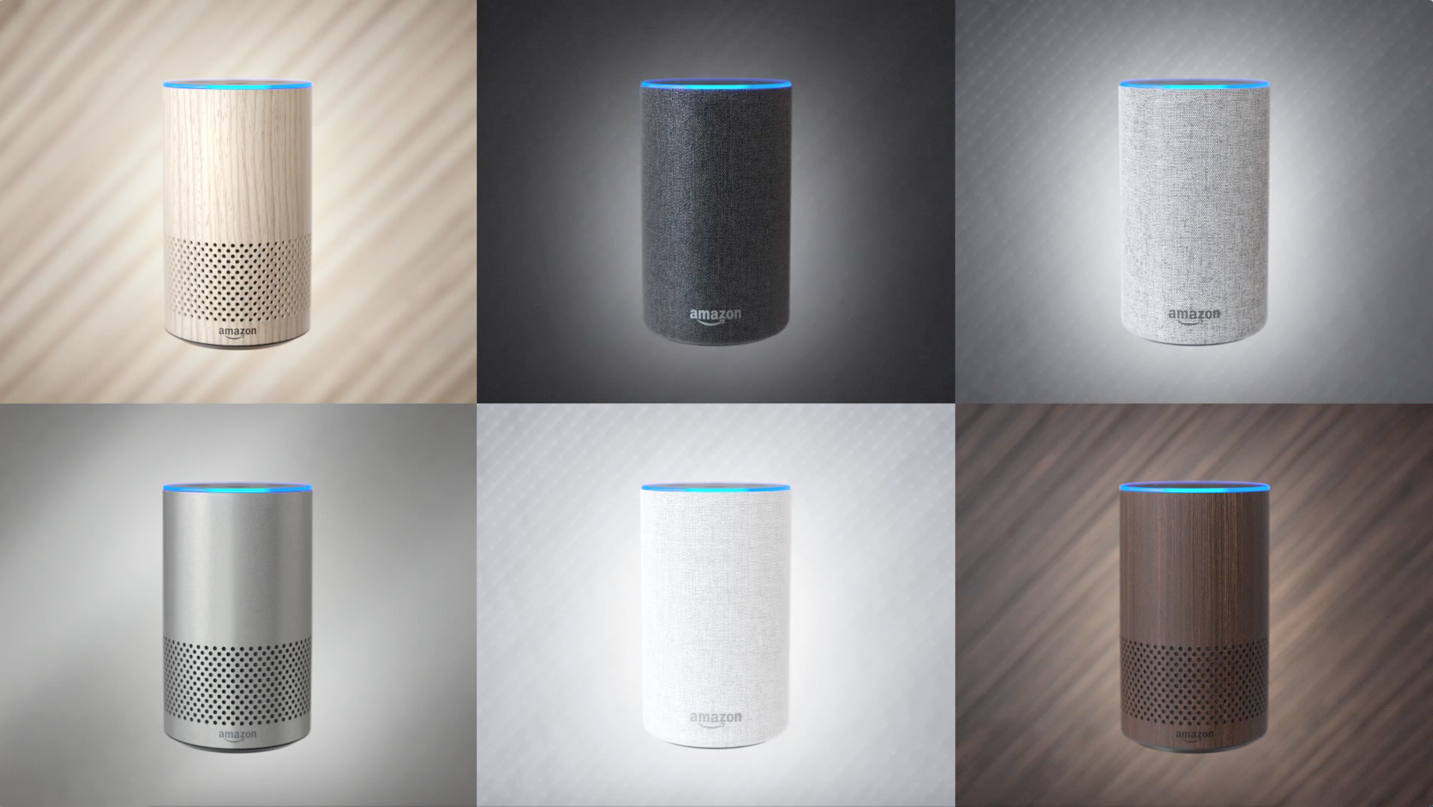 Amazon’s sales data seems to support that argument. In a blog posted the day after Christmas, the company stated that “customers purchased millions more Amazon Devices this holiday season compared to last year.” Various Alexa-enabled devices were among the company’s best sellers, and people are reportedly using the virtual assistant to set reminders, listen to music, find recipes, and do an array of other tasks.

Amazon did not provide information, requested by Inman, on exactly how much Alexa content is focused on real estate.

But Bramante argued that there’s a reason flash briefings, and audio content in general, is going to take off: It’s just easier to interact with.

As Bramante sees it, typing on a device is slow and awkward compared to simply speaking. Technology is also making voice-activated content more ubiquitous, and in the future he suspects “there’s going to be three types of homes: Amazon, Google and Apple.” Realtors who don’t grasp the magnitude of voice interfaces and audio content, he added, “are really pigeon holing themselves and ensuring they’re going to go out of business.”

“This is really the final frontier,” Bramante said. “We think voice is where everything’s going.” 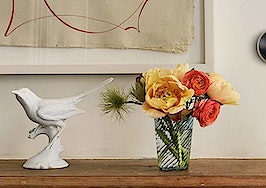 8 smart-home features buyers will want in 2019 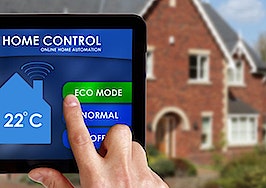 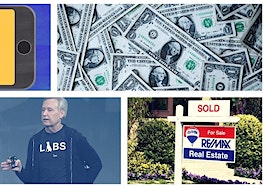 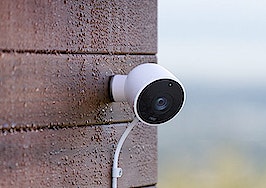