by Greg Harrelson
Share this article
You successfully shared the article.
Close

When Myrtle Beach-based agent Abe Safe was newly licensed, he started out purely cold calling for a few months. As a new agent, he had little else to do, so he was committed.

After he got comfortable making cold calls, he started on expireds and FSBOs. His goal was to make a minimum of 40 contacts per day.

By the end of his first year, he closed 40 transactions, and roughly a quarter of those deals came from cold calling.

If you were to poll real estate agents and ask, “What is your absolute least favorite form of lead generation?” I bet you will see an overwhelming number of agents answer — cold calling.

Let’s dive into the process of making cold calls, what the opportunities are and determine if it’s something you need to try.

3 ways to cash in on cold calling

Be very specific with the goals you set. Know exactly how many contacts you want to make each day.

Starting with a specific number lets you see the end point. You have to know that you will eventually get to the finish line and celebrate a job well done.

The art of converting the cold call is not in what you say. It’s in what you don’t hear other people say.

I know this seems like a typo, but that’s exactly what I meant.

For example, you may get one of the following responses to the question, “When do you plan on moving?”

Response 1: “I will never move. They will have to take me out in a pine box.”

Response 2: “We tried to sell before but decided not to now.”

In both cases they said no, but in response 1, it seems pretty convincing that the person doesn’t plan to move. However, in response 2, there’s hesitation; they tried in the past.

They key is to continue the conversation when you hear a hesitation.

You may hear them say no, but if they hesitate, you have to figure out whether it was a reaction to being caught off guard or a true no.

The trick is to continue the conversation by asking more questions. In response 2, you may want to ask, “You thought about selling in the past? Just curious, where were you planning to move at that time?”

If you want to cash in on cold calling, you must listen to tone, voice inflection and look out for hesitations.

When you make cold calling a ritual, you will talk to a lot of people who are not interested in selling right away, but they may be interested in obtaining market information from you on a monthly basis.

One way to make money off the cold call is through building a massive database and nurturing it often by delivering value consistently.

People are strangers in the beginning, but if you get their email and nurture them properly, you can turn that stranger into an acquaintance — and later, into an advocate who does deals with you and refers friends and family.

Part of cashing in on the cold call is making sure you monetize the no’s you get while prospecting. Put all the people who say no into your database and communicate with them often.

When you decide to venture off and make some cold calls, remember that you are calling to serve, not to sell. You never attempt to talk people into selling; you are just looking for people who are thinking of selling and offer your services to them.

Never get discouraged when someone says “no.” A “no” is not rejection, it’s just a “not now.” Get their email, and nurture them.

Top agents are cold calling across the country and getting tremendous results. Step out of your box, and give it a try.

Greg Harrelson is the owner of Century 21 The Harrelson Group in Myrtle Beach. Follow him on Twitter. 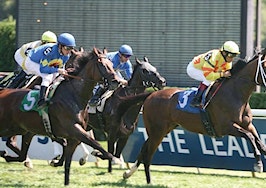 10 dos and don’ts of starting a real estate career 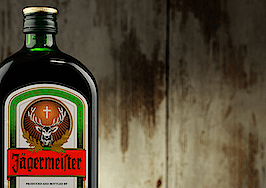 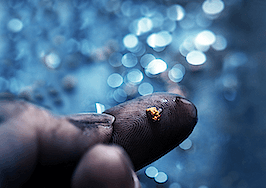 A proven prospecting plan for getting more listings