This is one part of Inman’s five-part Essential Guide for Real Estate Leadership, which we are publishing throughout our first-ever Leadership Week. See all the parts here. Please send your feedback to leadership@inman.com. If you’re a leader who wants to join us for our exclusive Disconnect in The Desert event on March 26-28, or want to recommend a colleague, send a note to brad@inman.com explaining why.

The biggest threat to traditional real estate is neither a dearth of inventory nor a volatile stock market, but an ambush on multiple fronts from consumer-direct upstarts, on-demand apps and other data-driven tech disruptors, according to Inman’s inaugural survey asking the industry rank-and-file how their leaders could be doing better. 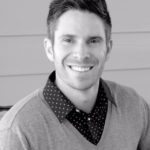 And while nearly 85 percent of real estate professionals have faith that leadership within their companies are up to the challenge, more than 15 percent said they’re less hopeful.

“Believe me, I don’t want to spit in the face of what I do for a living, but I believe [the real estate industry] has changed a lot in the last five years and it’s going to change drastically in the next five,” said Jake Breen, a Berkshire Hathaway HomeServices agent in Utah. “My worry is that it only takes one big conglomerate — Zillow teaming up with Amazon, or Google — to announce they’re starting a consumer-direct model, and it’s game over: no more real estate industry.” 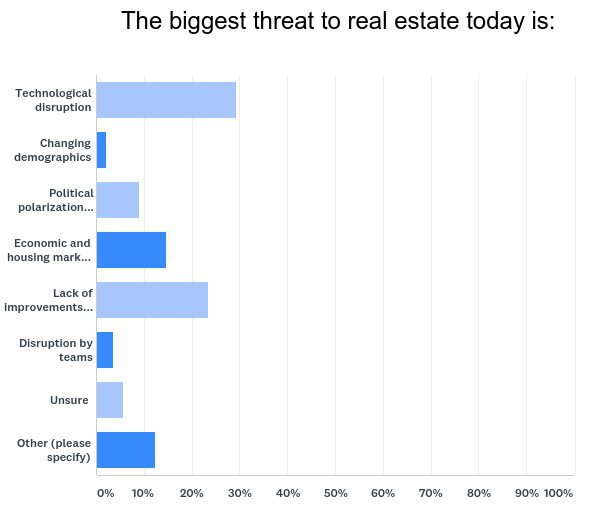 What leaders need to know to stay ahead

Anxiety over tech disruption comes as venture capitalists are increasingly turning their attention to the real estate industry. In 2017, investors shoveled more than $5 billion into real estate tech upstarts like Opendoor, Compass and other would-be barbarians at the gate, up from $33 million less than a decade earlier, according to Pitchbook, the private equity research firm.

The renewed interest from investors also coincides with a new generation of millennial homebuyers entering the market, many of them tech savvy and unafraid to seek out information online.

More than 70 percent of real estate professionals polled believe their leaders are prepared for the new generation, while 29 percent worried their strategies need fine-tuning.

“[Leadership needs to] adopt a business model that better serves the needs of our demographic as well as millennials and gen-Xers,” one Florida agent wrote, adding she doubts executives at her company understand the latest industry trends. “One that incorporates more online interaction as well as a higher standard of service to improve the customer experience.” 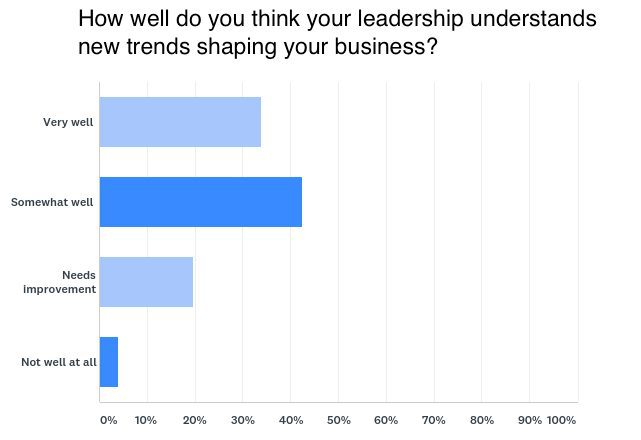 Breen, a broker advisor for REthink, the millennial think tank launched by Berkshire Hathaway HomeServices in 2013, warned that young homebuyers are just now beginning to feel comfortable eschewing brokers for a consumer-direct rival like Opendoor and data-driven sites like Zillow and Trulia, both of which stoked fears when they launched more than a decade ago.

“My worry is consumer mindset — what they think about us as an industry — has finally caught up,” Breen told Inman News. “I have good friends, people who still won’t transact without my advice — but just my advice, not my services. Data is so easy for them now that we’re starting to see the millennials and Gen Xers becoming the big buying group. They’re finally comfortable enough to transact online. The tools are getting good enough for them to trust whoever connects with them on the phone — whether it’s a Zillow representative or a discount broker.”

With Zillow in mind, real estate professionals overwhelming agreed that industry leaders, both within their company and at the helm of trade associations, should actively resist the Seattle-based online database, according to the Inman News survey. Nearly 60 percent believe leaders should take control of listing data from Zillow and other consumer-facing websites.

Real estate professionals also weighed in on other potentially disruptive shifts in the industry, including a divisive push for a national multiple listing service, to which nearly 60 percent of respondents were opposed. About 33 percent, meanwhile, were in favor of a national MLS.

“I can see the pluses and negatives for both,” said Sean Thomas, an agent with eXp Realty in California. “Canada has one national MLS and they love it, and the MLS looks out for the best interests of their agents and their population. If we were able to emulate that, and actually really follow that as a model, that would be phenomenal and I would agree to a national MLS.”

Thomas is among an emergent group of Realtors banking on the disruptive potential of technology in the real estate sector. In 2015, he launched “Show Me Now,” a GPS-powered on-demand real estate app he describes as “the Uber of real estate” that allows potential homebuyers to bypass slow-to-respond listing agents who aren’t immediately available to show nearby homes on the market.

By his estimate, the app currently boasts about a hundred cooperating agents across North America and elsewhere who have signed on to show properties to potential buyers when listing agents aren’t readily available, he told Inman News. 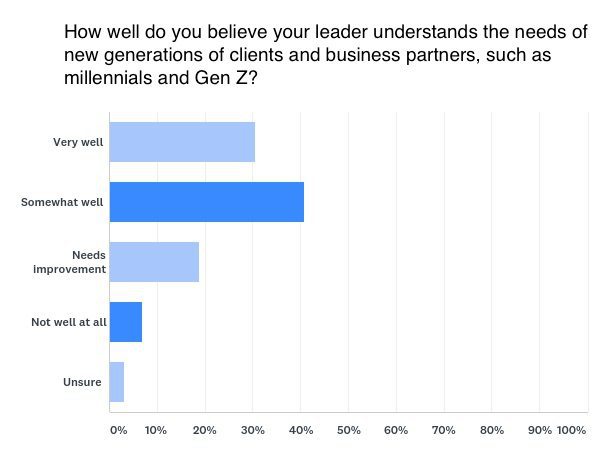 “Broadly speaking, on-demand technology is very disruptive right now, just because it’s putting a lot of agents in check,” said Thomas. “Real estate agents love their ability to make their own schedule, and clients more and more — it used to be just millennials — want things right now. And with everything that’s out there — Uber, [California delivery service] Foodjets, you name it — it’s turning more and more into that service-based industry. So why not real estate?”

The more Opendoor succeeds, the more competitors will emerge
by Mike DelPrete Feb 6

Leadership in real estate: Courage is what we need
by Robert Hahn Feb 14