The only way insurers would consider covering NAR members is if NAR was like an employer and willing to subsidize almost half the cost.

BOSTON — National Association of Realtors CEO Bob Goldberg addressed a room full of hundreds of association executives and other Realtors with bad news this morning: Despite a federal rule change on association health plans (AHPs) in June, there is currently no national solution to affordable health care coverage for the trade group’s members. 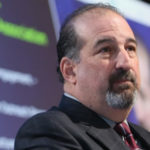 “The reality of the situation is that the restrictions that have been put on the AHP program by the Department of Labor are so onerous that’s why you see major associations walking away from it and not able to implement it,” Goldberg told attendees of the Realtors Conference & Expo Friday.

“There is no national solution that’s there,” he added.

Health insurance is a hot topic in the real estate industry. Approximately 86 percent of Realtors in the United States are independent contractors, according to NAR, meaning that, in a land where employer-based health insurance reigns, most agents are left to fend for themselves finding health care in the open market.

According to NAR’s 2018 Member Profile, 21 percent of Realtors are uninsured, 45 percent of Realtors pay for health insurance out of pocket and 30 percent are covered by a spouse or partner. Only 4 percent receive health coverage through their firm.

In June, the U.S. Department of Labor announced health care reform to modify the legal definition of “employer” to include “working owners” — i.e., self-employed individuals with no employees — and to allow small businesses and independent contractors, such as real estate agents and Realtors, to band together based on location or industry to strengthen their buying power into association health plans.

These plans would be governed by the same rules as private employer policies, not Affordable Care Act (a.k.a. Obamacare) rules, which means potentially cheaper coverage than what’s available in the ACA marketplace, but also potentially weaker protections.

However, Goldberg stressed today that the rule does not allow associations to join together to make their coverage pool larger to allow for more negotiating power unless they are part of the exact same type of profession, which for NAR is the sale of real estate.

So, NAR cannot join together with related professional associations such as the Mortgage Bankers Association or the National Association of Home Builders.

NAR’s pool would not be its 1.3 million members. Because a big share of Realtors are covered by a family member, that means perhaps 800,000 would seek coverage and because NAR’s members skew older, they are more likely to have pre-existing conditions, Goldberg said. That makes the pool smaller and more problematic, he said.

The only way insurers would consider covering NAR members is if NAR was like an employer and willing to subsidize almost half the cost, “which is problematic in itself,” he said.

The only way an insurer would talk to NAR is if the trade group required everyone to participate, like the ACA, according to Goldberg.

In a video, the trade group outlined state-by-state challenges to implementing the federal rule as well.

All is not lost. The rule does allow local coalitions of businesses to pool together without being in the same profession, he said.

“I say this to you because NAR doesn’t have a national answer, nor does any national player have an answer today,” he said.

Some insurers are willing to underwrite local coalitions, so that may be a solution at the local, state or regional level, according to Goldberg. 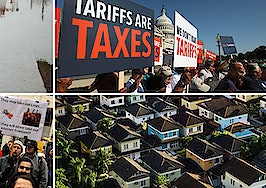 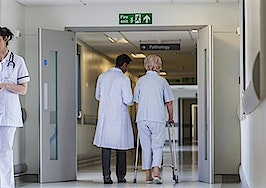 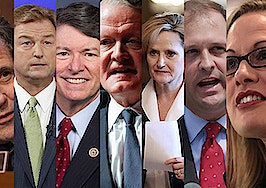 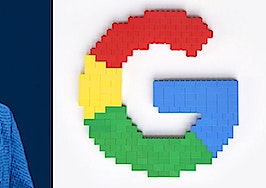 NAR in talks with Google on broker links, postpones vote