Florida’s state Realtor association is warning its more than 187,000 members against blanket policies that deny housing to tenants with criminal records.

Florida’s state Realtor association is warning its more than 187,000 members against blanket policies that deny housing to tenants with criminal records.

The Social Justice Law Collective, a law firm based in Dunedin, Florida, has filed 48 lawsuits against real estate companies in the Sunshine State, according to Florida Realtors. The suits accuse the companies of violating the federal Fair Housing Act for allegedly refusing to rent to applicants based on a criminal record.

The plaintiff in these cases is Delroy A. Chambers Jr., a fair housing tester who had prior felony arrests without convictions in 2007 and 2013.

“Given the nature of, and the length of time since, Mr. Chambers’s 2007 charge for Driving While License Suspended — Habitual Traffic Offender, and the fact that the 2013 charges were arrests that did not result in convictions, Defendant improperly took arrests into consideration and/or did not accurately distinguish between criminal conduct that indicates a demonstrable risk to resident safety and/or property and criminal conduct that does not,” according to one of the 48 complaints, filed in July.

Therefore, such a policy serves to “perpetuate, or tend to perpetuate, segregated housing patterns, or to discourage or obstruct choices in a community, neighborhood or development. As such, these actions constitute efforts to deprive Mr. Chambers of housing opportunities,” the complaint added.

In a video accompanying a press release, Juana Watkins, Florida Realtors’ general counsel and vice president of law and policy, said that the Fair Housing Act does not specifically deny a landlord the right to reject an applicant based on a prior conviction.

However, the U.S. Department of Housing and Urban Development (HUD) has said that a blanket policy to deny felons can have an impact on minority populations under a doctrine called “disparate impact.” This refers to an act of discrimination that may be neutral on its face but deemed disproportionately harmful to a minority group overall.

“According to HUD, some minority communities have a higher percentage of members convicted of a felony, and that makes blanket policies against all felons discriminatory under the Fair Housing Act,” Watkins said.

“Unfortunately, it doesn’t matter if a rental policy purposely discriminates or not. With HUD’s recommendations in hand, a law firm can file a lawsuit. And even if a property management company has done nothing wrong, it’s always expensive for a brokerage to defend itself in court.”

Watkins advised agents and brokers who deal with rentals to consider these factors when developing an in-house policy:

1. Does the policy have a disparate impact, an action that may not discriminate against a specific applicant, yet still impacts a group protected under the Fair Housing Act?

As many as 100 million U.S. adults — or nearly one-third of the population — have a criminal record, according to HUD’s 2016 guidance on this issue. Because African Americans and Hispanics are arrested, convicted and incarcerated at rates disproportionate to their share of the general population, “criminal records-based barriers to housing are likely to have a disproportionate impact on minority home seekers,” HUD added.

“A housing provider that imposes a blanket prohibition on any person with any conviction record — no matter when the conviction occurred, what the underlying conduct entailed, or what the convicted person has done since then — will be unable to meet this burden,” HUD said.

More tailored policies that exclude individuals with only certain types of convictions have the same burden.

3. Is a less discriminatory alternative available? Examples include the length of time that’s passed since an applicant’s conviction, a good tenant rental history before or after the conviction, and the circumstances surrounding the criminal conduct, Watkins said.

She recommended that landlords create a written policy with standards on how to evaluate all applicants on a case-by-case basis; document research and decisions made on individuals and review them to ensure policy compliance and to make sure the policy is not having an unintended discriminatory effect; and delay evaluating an applicant’s criminal record until after all other qualifications have been met.

An arrest does not prove that someone committed a crime. In 2013, African Americans were arrested at a rate more than double their proportion of the general population, HUD said.

“Because arrest records do not constitute proof of past unlawful conduct and are often incomplete (e.g., by failing to indicate whether the individual was prosecuted, convicted, or acquitted), the fact of an arrest is not a reliable basis upon which to assess the potential risk to resident safety or property posed by a particular individual,” HUD said.

“For that reason, a housing provider who denies housing to persons on the basis of arrests not resulting in conviction cannot prove that the exclusion actually assists in protecting resident safety and/or property.”

In 2016, Caroline Elmendorf, compliance counsel for real estate development firm The Bozzuto Group, said at a National Association of Realtors conference that just excluding arrests from consideration greatly reduced denials to only 1-2 percent of applicants.

Lastly, Watkins urged Florida’s Realtors not to apply criminal record policies or practices in an inconsistent manner, “which may subject a housing provider to a claim of intentional discrimination.”

She recommended that Realtors follow NAR’s Do’s and Don’ts of Screening Tenants Legally, which covers this and other fair housing issues having to do with renting.

It may become harder to file lawsuits based on disparate impact. Yesterday, Politico reported HUD is mulling a change to the rule that would make it harder for individuals to bring lawsuits for housing discrimination by establishing a five-step threshold for plaintiffs to prove unintentional discrimination and giving defendants more leeway to rebut the claims. 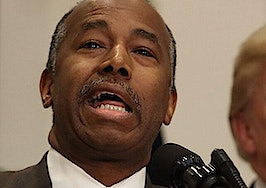 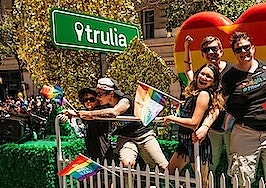 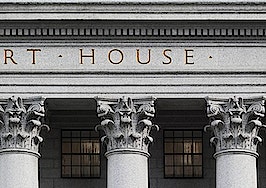 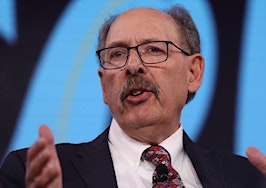