Ring is a popular brand of video doorbells. Photo Courtesy Ring.
by Veronika Bondarenko
Share this article
You successfully shared the article.
Close

In its push to fight package theft and neighborhood crime, Ring, a smart home startup recently acquired by Amazon for $1 billion, is launching an app that makes it easy for homeowners to report suspicious activity, a prospect that has raised privacy concerns among web security experts and social media users.

Ring started out by allowing owners of its smart doorbells and locks to share images captured by the built-in cameras on these devices with other device owners.

But now it is expanding its built-in social network called Neighbors to allow people to share unusual activity in their areas, the tech publication Motherboard reported on Tuesday. Ring’s Neighbors app, which is available on iOS and Android devices, will send users push alerts about security problems in their neighborhood while also creating an interactive map network for homeowners to share photos and videos from their area with other residents.

Although the feature was already available to Ring users on the company’s app, Neighbors will now function as a standalone app from which anyone who lives in the area can upload photos and videos of nearby streets.

“Over the past few years we have learned that, when neighbors, the Ring team and law enforcement all work together, we can create safer communities,” Ring founder Jamie Siminoff said in a prepared statement issued Tuesday. “Neighbors is meant to facilitate real-time communication between these groups, while maintaining neighbor privacy first and foremost.”

Police departments in Fort Lauderdale and Orlando as well as the Ventura Sheriff’s department will have access to the current platform, and more law enforcement authorities will likely join Neighbors in the coming weeks, according to Ring. Police departments, however, will not have direct access to users’ devices, video or data.

Neighbors, which Ring heralded as a way to improve neighborhood safety, has also been compared to Nextdoor, a separate community-focused social network that has gained millions of users around the world in recent years. Nextdoor, which launched in 2011, has been accused of allowing racial profiling by giving people a platform to report neighbors they may not like to the police.

Some Twitter users, including David Heinemeier Hansson, the founder of software development company Basecamp, also expressed concern on Tuesday that Ring’s app would allow users to overreport situations and create potential problems for people who have not been doing anything wrong.

“Giving police direct access to apps to increase neighborhood surveillance seems like a bad path to me,” Hansson told Inman.

Amazon's Ring wants to give police access to all the doorbell cameras it sell. Police chief says "It's an increase in the eyes and ears, and I think it's welcome". No shit, Sherlock. Let's build our own commercial panopticonic police state! ? https://t.co/jLuOjP9dvG

So, @ring has a new ‘neighborhood watch’ app where neighbors can upload video and share ‘suspicious activity’ they find.

Local law enforcement can participate too.

What could go wrong? Probably racism.https://t.co/e68aU5GOLc

Ring responded to Twitter users by writing that the company would take measures to ensure people would not be arbitrarily reported. In a press release, the company said its product would allows people to help fight theft and other crime. Users are required to confirm their addresses and can only upload footage of their own neighborhoods onto the platform.

“Video makes what’s happening much clearer, so you don’t have to describe the scene,” Siminoff told CNN. “Describing the scene … can create those biases.”

However, the privacy concerns are likely to persist, especially as Ring’s parent company Amazon faces its own privacy and security concerns over its smart locks and its smart speaker devices that use Amazon’s Alexa digital assistant. 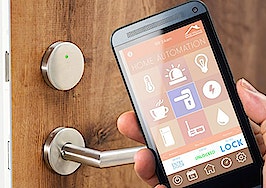 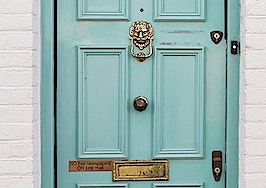 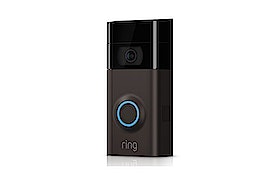 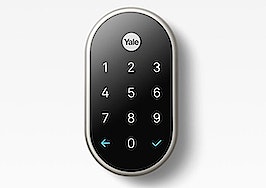