You might feel as if you’re achieving a lot by undertaking several tasks at once, but the opposite is true. Neuroscience research shows that multitasking confuses the brain, slows you down and makes you prone to make errors.

Whether you’re a rookie agent, a rising team leader or an established veteran broker, we can all benefit from sharpening our skills. Follow our “Back to Basics” series to learn fundamental strategies, tactics, philosophies and more from real estate pros across the industry.

How much time did you spend multitasking yesterday?

If you answered anything other than “zero,” you’ve fallen for one of the great myths of the 21st Century — that you can juggle two or more tasks simultaneously and be more effective than completing one task at a time.

If you were to ask a group of people whether they engage in multitasking, most people would say that they do. But the truth is that multitasking makes us less efficient. No one is able to multitask and achieve a lot due to how the brain is wired.

“Mother” is involved in higher order cognitive skills like planning future actions, decision-making, taking initiatives, and to some extent, working memory and attention.

“Mother” can only conduct one conscious process at a time. The same is true of computers. They do multiple tasks, but a single processor still completes only one function at a time. In “Mother”’s case, she takes 0.7 seconds to shift gears from one task to another. Consequently, it is impossible to multitask because “Mother” can only do one thing at a time.

Task shifting: Losing your concentration more than you know

According to molecular biologist John Medina in his book Brain Rules, people who claim to be multitasking are actually task shifting. Medina’s research illustrates how costly task shifting can be. For example, if you interrupt an activity to answer a phone call, respond to a text message, or look at a Facebook notification for 30 seconds, it takes you a full five minutes to regain total concentration.

Medina also explains that multitasking confuses “Mother.” His research has shown that the issue is so severe that it can even lead to ADHD (attention deficit hyperactivity disorder). Additional studies have shown that people who engage in multitasking (i.e., task shifting) take more time to complete their tasks, and they make 50 percent more errors.

For example, in one study, the researchers divided their experimental subjects based upon the amount of multitasking they did. In each of their three experiments, the people who focused mostly on one task at a time had no problem completing the experimental tasks. Those who engaged heavily in multitasking performed poorly.

The primary reason multitaskers perform so poorly is that the constant switching between tasks makes them more susceptible to distractions such as incoming text messages, Facebook notifications, phone calls, etc.

The study further revealed that multitaskers were unable to avoid thinking about the task they were not doing. The result was that they were much more easily distracted by whatever else was happening in their environment.

They (the high multitaskers) were unable to filter out what’s not relevant to their current goal. That failure to filter means they’re slowed down by the irrelevant information.

Rule shifting: The formula for making even more mistakes

Specifically, driving requires you to maintain certain a certain speed, change direction, track where you need to turn, plus numerous other requirements. These rules are quite different from the rules that govern how turn on your phone and how to construct words and sentences that you enter into your mobile device.

A group of neuroscientists showed that when people shift tasks, they take more time to complete the tasks than if they had completed each task separately.

As one of the scientists points out about drivers using their cell phones:

A mere half second of time lost to task switching can mean the difference between life and death because during that time the car is not totally under control and can travel far enough to crash into obstacles the driver might have otherwise avoided.

To really drive this point home, consider this: All 50 states have now set .08 percent blood alcohol concentration (BAC) as the legal limit for driving under the influence (DUI) or driving while impaired (DWI). According to Medina, driving and texting is the equivalent of having a BAC of .12 percent — that’s 50 percent higher than the level for DUI.

Takeaways for your life and your business

While we’re accustomed to having conversations while driving, texting and instant messaging aren’t like normal conversations. The mental process required for operating a mobile device is fundamentally different from the ones required for having a conversation and for driving a car.

This means that when texting or otherwise messaging someone, your focus on driving is undermined. This is dangerous, and state lawmakers in 48 states have made it illegal to text and drive at the same time.

One of the best ways to be accomplish more in less time is to schedule your time in 20-30 minute time blocks. During that time, turn off your notifications and the ringer on your phone, and don’t let others to distract you. At the end of each time block, you can check messages or address any pressing issues if necessary.

Whether you’re having a conversation, watching a movie or sitting in a meeting, stay focused on completing the task at hand before going on to the next task. If you feel your attention lagging, take a break from the activity.

If you are unable to do that, consciously refocus your attention on completing the activity at hand. If something else distracts you and is more important than what you were doing, then focus on dealing with that issue rather than attempting to multitask.

While breaking the multitasking habit can be difficult, the benefits are well worth it: less time working, being “present,” better outcomes, and more time for you and what you enjoy.

How do you stay ahead in a changing market? Inman Connect Las Vegas — Featuring 250+ experts from across the industry sharing insight and tactics to navigate threat and seize opportunity in tomorrow’s real estate. Join over 4,000 top producers, brokers and industry leaders to network and discover what’s next, July 23-26 at the Aria Resort. Hurry! Tickets are going fast, register today!

Bernice Ross, president and CEO of BrokerageUP and RealEstateCoach.com, is a national speaker, author and trainer with over 1,000 published articles. Learn about her broker/manager training programs designed for women, by women, at BrokerageUp.com and her new agent sales training at RealEstateCoach.com/newagent. 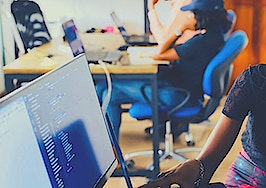 Lesson Learned: Don't let ego get in the way of learning 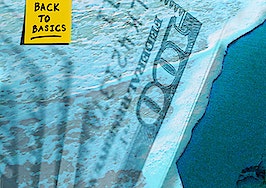 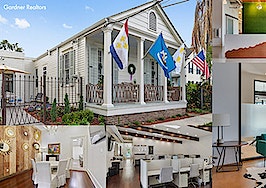 Sponsored Content
Create an office space that engages and inspires 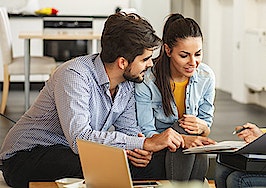